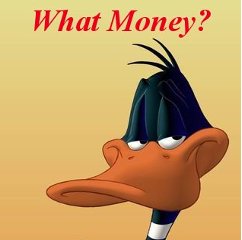 The future of entertainment on the Web still boils down to dollars and cents, as the Screen Actors Guild and Hollywood studios try to hammer out an agreement. On Tuesday, talks resumed after an eight month long impasse over artist’s share of Web revenues. The core issue is that the SAG is demanding the same money for Web distribution as that of TV and movies. Studios argue, Web revenues will not support the same model. Meanwhile, what we see on the Web, and at what price, remain central issues.

The SAG’s base rate of $759 per day, for every actor, in every production distributed via online video, runs contrary to the way Web consumers think in the first place. Free, is the online dogma for everything from music to software, and shifting this philosophy has proven futile in most regards. Web entertainment, as far as professionally produced content, remains an amateur’s market according to experts. So, where does this leave us with regard to our viewing pleasure? In this case, and perhaps for the first time, the Hollywood studios are right.

The Black and White of Online TV

YouTube garners about 40 percent of the online video market, while its competitors slice the “viewing pie” a dozen or more ways. YouTube claims hundreds of amateur video posters make thousands in ad revenue, but even billions of views cannot pay what SAG suggests. Even Hulu’s rerun distribution of TV shows only represents about 1.7 percent of the total Web viewing audience, so if YouTube is not financially viable – then how can Hulu be?

Video and online TV were great calling cards for Web 2.0 and the Internet as an entertainment platform. Joost, Veoh TV, and a vast array of “possibles” have yet to “show the money”, at least in the wheelbarrow full proportions the SAG is demanding.

According to UCLA professor, film expert and author Howard Huber, “So far, nobody has the imagination to figure out what new thing you can provide on the Internet that you can’t get in any other medium. “ My thinking on this is, if Hollywood cannot figure out how to do it, it may not get done.

One bright idea in the form subscription based model (Epix) from Studio 3 Networks, may be a partial solution. The bottom line appears evident, sooner or later Web users will have to pay. The problem for Web producers will be in competing with TV as always, and there is no current advantage for Web video, other than convenience and price.

The Web as a medium for distribution and monetization is still in its infancy. Hollywood studios, and nearly every other business entity still seem baffled as to how to best utilize its revenue potential. This latest news about SAG’s demands reflects a much wider dilemma, but show business for Web consumers may consist of the same old reruns of copyright battles versus YouTube goofy videos, for the foreseeable future.