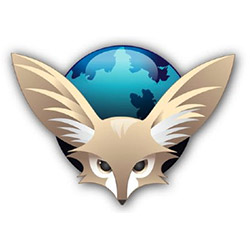 Mozilla has decided to stop all development of Firefox on Microsoft Windows Mobile. Although the browser was nearing completion on Windows CE 6, the organization has determined that Windows Phone 7 is not a viable platform for future versions of Firefox.

Microsoft has been excitedly promoting it’s Windows Phone 7 Series since it was announced in February. The company believes it has created the hardware and software to compete with Apple’s iPhone, Google’s Android, Palm’s Pre and other modern smartphones.

Phones will not be released until later this year, but it appears Microsoft will be following a similar marketing model to Apple’s App Store. Applications can only be developed using the Silverlight or XNA Game Studio runtime environments. Unfortunately for Mozilla, third-party developers will not have direct access to the phone’s hardware.

While we think Windows Phone 7 looks interesting and has the potential to do well in the market, Microsoft has unfortunately decided to close off development to native applications. Because of this, we won’t be able to provide Firefox for Windows Phone 7 at this time. Given that Microsoft is staking their future in mobile on Windows Mobile 7 (not 6.5) and because we don’t know if or when Microsoft will release a native development kit, we are putting our Windows Mobile development on hold.

There’s a slim possibility Mozilla could become an application partner and gain full access to the platform, but this seems unlikely given that Microsoft will want to push the Internet Explorer browser and brand.

So where does this leave Mozilla’s Fennec project? It’s undoubtedly a great browser but it’s only available on Nokia’s top-end N900 and N810 smartphones. An Android version is in the early stages of development, but the organization will have no presence on iPhone, Blackberry, Symbian, or Microsoft devices. It’s an ambitious project so it’s a shame so few people can actually use the application.

If Mozilla want to be in the mobile browser market, I’d suggest they follow Opera’s lead and create a simpler browser which can be installed on a wide range of popular devices. More advanced applications can be developed when the market is ready for them.

Is Mozilla right to abandon Windows Mobile development? Is this the beginning of the end for the Fennec project?