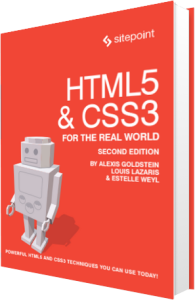 We’ve introduced you to and expounded on some of the more practical new elements and features. In this section, let’s touch on lesser-known elements, attributes, and features that have been added to the HTML5 spec.

This new element helps mark up a part of the document that’s hidden, but can be expanded to reveal additional information. The aim of the element is to provide native support for a feature common on the Web—a collapsible box that has a title, and more info or functionality hidden away.

Normally this kind of widget is created using a combination of HTML and JavaScript. The inclusion of it in HTML5 removes the scripting requirements and simplifies its implementation for web authors, thus contributing to decreased page load times.

In the example, the contents of the summary element will appear to the user, but the rest of the content will be hidden. Upon clicking summary, the hidden content appears.

If details lacks a defined summary, the browser will define a default summary (for example, “Details”). If you want the hidden content to be visible by default, you can use the Boolean open attribute on the details element.

The summary element can be used only as a child of details, and it must be the first child if used.

As of this writing, details lacks complete browser support, but it’s improving. To fill the gaps, a couple of JavaScript-based polyfills are available, including a jQuery version by Mathias Bynens and a vanilla JavaScript version by Maksim Chemerisuk.