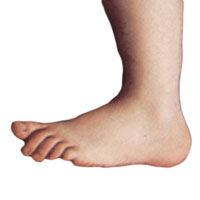 “For 3 years you YouTubers have been ripping us off, taking tens of thousands of our videos and putting them on YouTube. Now the tables are turned. It’s time for us to take matters into our own hands.”

That’s the opening paragraph in the description of the official Monty Python channel on YouTube. It was launched a couple of months ago as a place to provide higher quality versions of the clips that have been floating around YouTube for years, and a way to funnel traffic to the comedy troupes web site Pythonline.

The Python gang are upfront about what they expect of their viewers. “[We don’t want] your driveling, mindless comments,” they write. “Instead, we want you to click on the links, buy our movies & TV shows and soften our pain and disgust at being ripped off all these years.” And so far, it has worked.

According to YouTube, since launching their channel and participating in the site’s Click-to-Buy program, sales of Monty Python DVDs at Amazon have risen 23,000%. That’s a huge increase in sales. Even if they were previously just selling a couple of DVDs per week, a 23,000% increase could represent millions of dollars (well, if could be sustained over a long period).

It would be easy to misinterpret what Monty Python’s experience can teach the industry, however. The lesson here shouldn’t be that giving away your content will automatically make you rich — because it won’t. Python, like Nine Inch Nails, who gave away music, and Joss Whedon, who gave away television, already had major name recognition. That name cachet was built via traditional methods over the course of years and with significant backing from mainstream media publishers.

However, there is definitely a lesson here for the entertainment industry, and a choice that needs to be made. Monty Python’s YouTube experience adds to the mounting evidence that free distribution over the web can actually lead to increased sales. The industry will need to choose which path makes sense: the one that has them playing enforcer and restricting free access to their content, which hasn’t seemed to stem the tide of piracy, or the one that has them putting there content out there for users to consume where they want it, which anecdotal evidence suggests can be a successful promotion vehicle.

They can’t, however, have it both ways. As Mashable’s Stan Schroeder writes, “you can’t control, monitor and bully users on the ISP level, and reap benefits from free redistribution of content at the same time. Sooner or later, the entertainment industry will have to choose.”

There are now plenty of demonstrable business models that are proving that professional content can be profitable and successful using free, web-based distribution. Hopefully the industry takes note and wages war against piracy by controlling the flow of their content through method’s like those employed by Nine Inch Nails and Monty Python, rather than through the courts.