The mobile monolith that is Mobile World Congress is over for another year. I was lucky enough to get hold of a press pass and decided to spend the week in Barcelona. Soaking up the warmer weather, joining the 90,000 other attendees and preparing for the bombardment of marketing mumbo jumbo to unearth some gems for developers.

MWC is mainly about hardware, from smaller commercial devices including phones, wearables and selfie sticks(!) to enterprise and infrastructure hardware. Whilst hardware may interest a lot of SitePoint readers, it's not really what we cover, so I am focussing on a select list of companies, projects and ideas that I found. There was of course a lot more, some of which I saw and quite a lot I missed, it's a very big event. 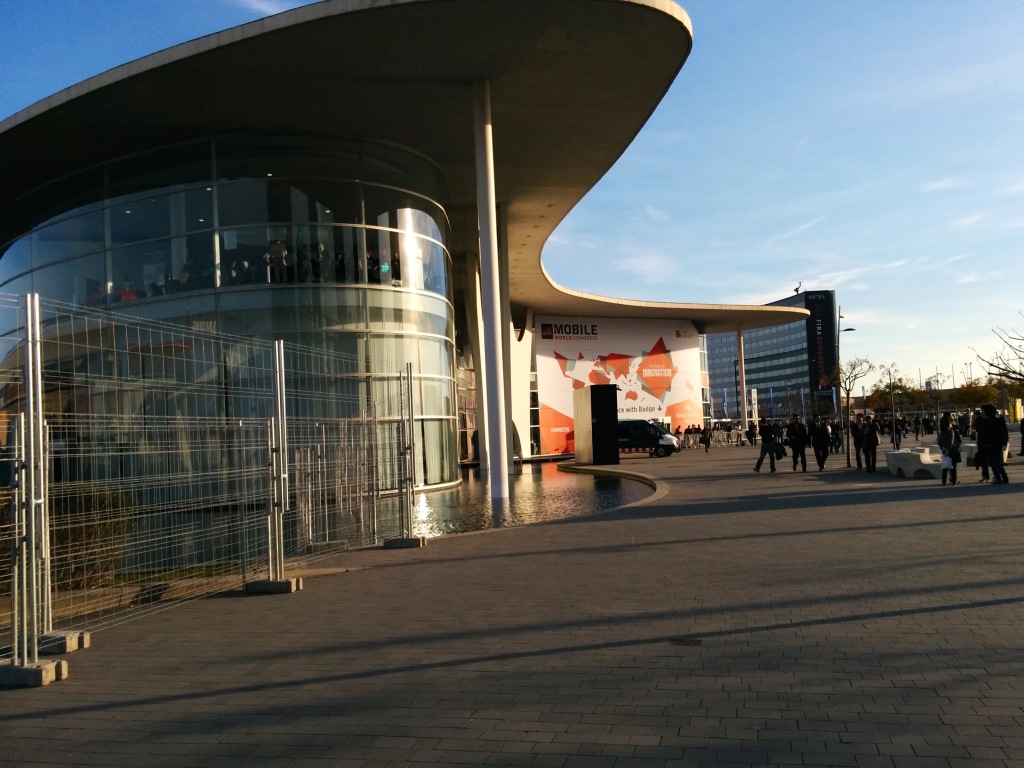 As mentioned above, I am largely going to ignore hardware because there is so much to choose from and I find it hard to judge when attached to a demo stand. However, I did want to mention two offerings.

This is a high spec phone at a low price, with features such as wireless HD, amazing speakers and much more. The features most relevant to Developers is the configuration and default root access, making it great for testing and profiling apps. And of course, great for watching movies after a solid day of coding.

I love the concept of Project Ara and I was expecting to see a lot more relating to it at MWC. All I did come across was Yezz, an Ara module developer still at concept stage, maybe there will be more at MWC 16. I'm not sure how many of our readers are hardware developers, but Ara seems a pretty open market to become involved with.

Unsurprisingly, security was a big topic at MWC, taking many different perspectives and angles.

We covered the topic of 'secure phones' on the SitePoint forums a few weeks back and there are new players since that post. All claim their own unique points and superiority, I leave that judgement up to you. 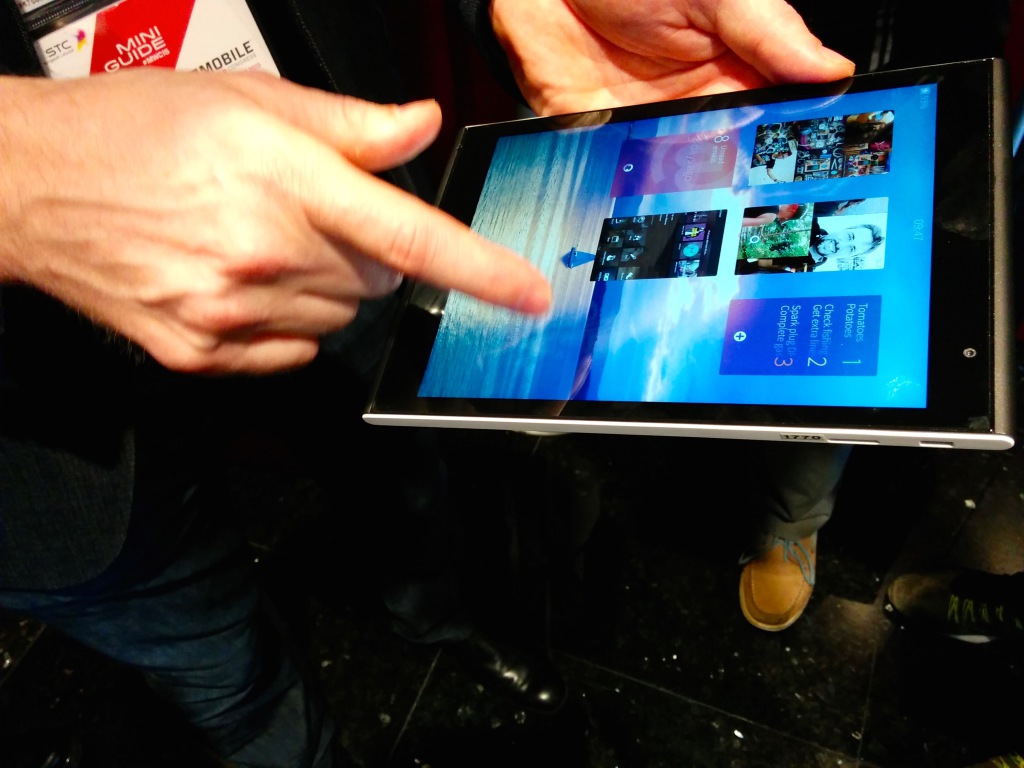 Jolla and Sailfish OS is not solely a secure operating system, but is one of it's selling points, as is a lack of reliance on any one company behind it. On a side note I love that Sailfish has added support for Android apps, meaning it benefits from an existing app ecosystem besides its own. For developers looking for something for a little different, Sailfish could be an interesting platform and I hope to have some future articles covering the process.

Granite Phone is similar in concept to the Black Phone but Sikur claim they have 'no back door' (?). Currently, neither offer great opportunities for developers, focussing on security over all else and consumers have to trust the one business behind these projects. However, over time I would imagine the platforms might open up to those developers wishing to develop security and privacy conscious applications.

I saw several developers exhibiting apps and devices for personal security. For example GWS's amazing Safeture that aggregates alerts from a variety of services to keep travelers informed on what's happening around them. Another obvious application was with wearables, with several smart watches and bands offering methods for alerting loved ones and emergency services.

I loved the concept of Privately, an app that sat in front of social networks and let you control what was posted and viewable, protecting your data from the network itself. It achieved this through techniques such as pixelating images posted, forcing friends to view the image elsewhere. You can also set when the content should be removed from the social network.

Connecting the Internet of Things

The 'Internet of Things' is the 'cloud' of 2015/16, in that it's growing rapidly and no one really understands quite what it means or why they need it (yet). There are currently several attempts to create 'IoT Operating Systems' and connectivity between the burgeoning platforms and protocols. Iotivity is one such attempt championed by Samsung and Intel. It aims to develop a standard for inter-protocol communication and set a certification that device manufacturers and developers can opt into to show to consumers that their device wont exist in ecosystem isolation.

Opening up to Developers 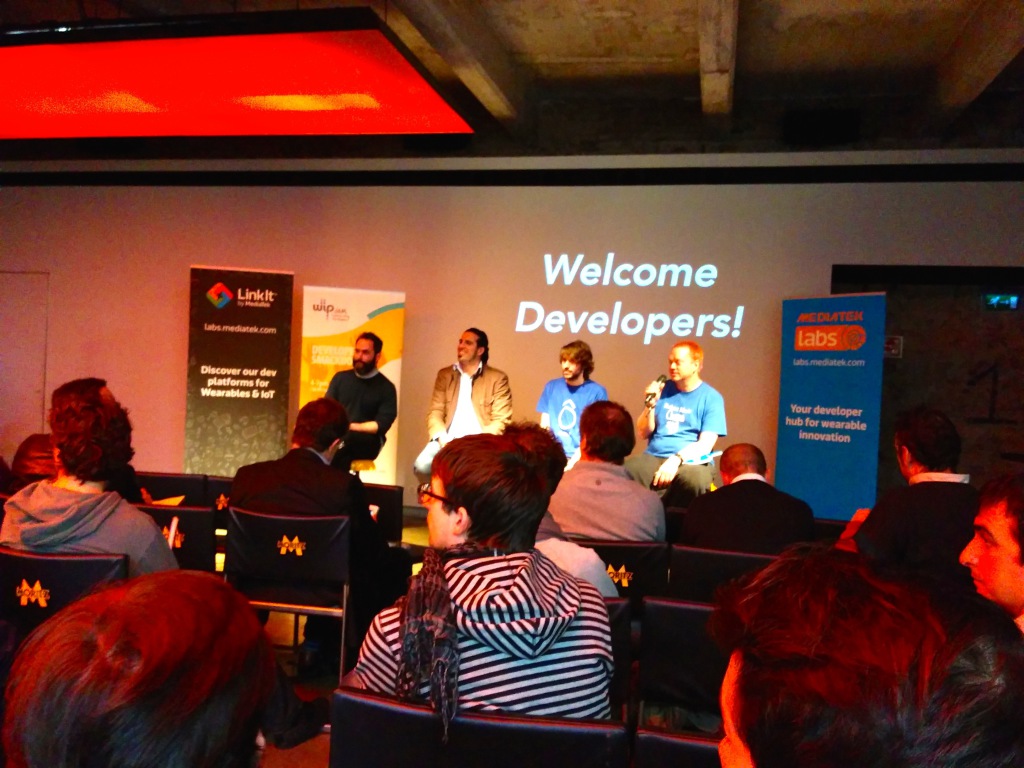 Most relevant to Developers is that an ever increasing of large companies officially love us. Samsung, Sony and Intel were all making big pushes with their new developer tools and offerings, hosting parties and dishing out sponsorships to prove it. I especially loved some of the SDKs provided by Sony and the IDEs produced by Intel. Some non-traditional companies have also joined the (developer) party, or as I call them, "Companies you have never heard of, but likely used their products". One of the most enthusiastic was Acision, a long established mobile messaging company that is now providing access to several of its WebRTC tools through its Forge program. MediaTek, a semi-conductor manufacturer, recognizing the impact that IoT is having in their business launched their labs program. It offers tools, a testing sandbox and networking tools for IoT developers.

A couple of other developer relevant offerings I came across that don't quite fit into the categories above.

Test Object is a startup out of Berlin that allows you access to real hardware across the internet. It supports a wide variety of devices and OS versions accompanied by a great user interface and reporting.

New Relic are no strangers to SitePoint readers and I have loved their web profiling tools that have helped me out on many occasions. The team were at MWC promoting their new and improved mobile app profiling tools that offer the same level of depth as their desktop counterpart. Crittercism and their cute mascot offer a similar toolset, so if you fancy an alternative, take a look.

Can you feel that?

Immersion offer a fascinating and easy to use set of tools that allows you to convert simple audio waves into haptic feedback. This is fantastic for games, advertising and many other applications.

Mobile Developers Guide to the Galaxy

Enough Software released the 15th edition of their regular update to the mobile development landscape and I helped edit this edition! Grab your free print or PDF copy here.

Phew! Were there any developments from MWC I missed that you noticed?