Despite a fairly low-key Windows 7 release, Microsoft are launching Visual Studio 2010 and .NET 4.0 with a fanfare. I certainly don’t recall an event this big with previous editions. 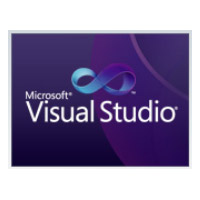 Three editions of the package will be available:

All three versions include test editions of Windows Server, Azure and SQL Server. They can be installed on XP SP2, Vista SP1, Windows 7, Server 2003 SP2, Server 2008 SP2 or better.

Visual Studio may not be cheap, but the prices and MSDN subscriptions compare well with other professional development products when you consider what you’re getting. Microsoft also provide free Express versions which are great if you want to try the technologies.

If you’re an ASP.NET developer, here’s what you can expect in VS 2010:

Even if you’re not developing ASP.NET applications, VS now supports IntelliSense for JavaScript. That’ll be interesting — few IDEs offer decent JavaScript support, probably because of the vast array of programming patterns and prototypal inheritance in the language.

I think Microsoft is heading in the right direction with VS and ASP.NET. They appear to be following web standards and the tools are maturing well. VS 2010 will almost certainly be a success, but would you consider switching from your current language and platform of choice?

(Note that neither I or SitePoint have been approached or paid by Microsoft for this article.)