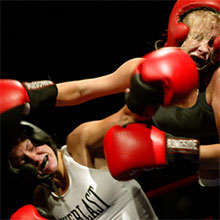 Yes, you did read the title correctly. Dave Heiner, Microsoft Vice President and Deputy General Counsel, has posted an official blog post following Google’s suggestion that the EU antitrust inquiry was instigated by companies with business connections to Microsoft.

Google’s public response to this growing regulatory concern has been to point elsewhere — at Microsoft. Google is telling reporters that antitrust concerns about search are not real because some of the complaints come from one of its last remaining search competitors.

It’s worth asking whether Google’s response really addresses the concerns that have been raised. Complaints in competition law cases usually come from competitors.

This is absolutely correct. If the EU think there’s grounds for an inquiry, Google should take the allegations seriously and conduct a thorough internal investigation. Fabricating conspiracy theories doesn’t answer the questions and won’t impress the regulators. Just because you’re big, profitable, and providing free products doesn’t mean you’re not “doing evil”.

As Google’s power has grown in recent years, we’ve increasingly heard complaints from a range of firms — large and small — about a wide variety of Google business practices. Some of the complaints just reflect aggressive business stances taken by Google. Some reflect the secrecy with which Google operates in many areas. Some appear to raise serious antitrust issues. As you might expect, many concerned companies have come to us and asked us for our reaction and even for advice. When their antitrust concerns appear to be substantial, we suggest that firms talk to the competition law agencies.

It’s unusual for Microsoft to engage in public mud-slinging. It’s not in the company’s culture — you don’t need to undermine competitors when you’re at the top:

However, the threat from Google is different; Microsoft is struggling to compete and is yet to make a profit from online ventures. Although Google hasn’t encroached on their territory yet, Chrome OS and Docs have the potential to disrupt Microsoft’s core revenue base.

It’s therefore understandable if Microsoft are considering dirty tricks campaigns. But accusations of anti-competitive practices? I guess they must be experts in that field!

Has Google become a monopolistic and anti-competitive? Does Microsoft have a duty to publicize the complaints? Or should both companies just grow up and shut up?!

What’s in a Name? Anti-Patterns to a Hard ProblemKatrina Owen

How to Solve Coding Anti-Patterns for Ruby RookiesFred Heath