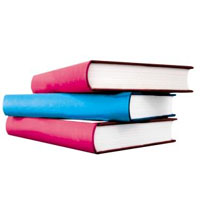 Amidst the hotbed of web startup innovation that is Austin, Texas, comes the news that the University of Texas at Austin will trial the use of electronic textbooks. According to Ars Technica, about a thousand students will participate in the trial next year and will get free access to e-textbooks that normally cost between $25 and $40, rather than over $100 for their print counterparts. If the trial is successful, the university could open up the program to more students, though not for free.

Ars reports that UT’s estimated budget per student for textbooks each semester is $409 (which is ahead of the national average of $702 per year), and going electronic could slash that by up to 75%. Even without a used aftermarket, and adding in the initial outlay for an eBook reader for those that don’t want to read on a computer, that would save students a substantial amount of money over the long haul.

We wrote in August, though, that that isn’t always the case. A study by a handful of Student Public Interest Research Groups (PIRGs) found that digital textbooks “cost on average 39% more than a used hard copy of the same title bought and sold back online.” In order to sell most students on digital text books the benefit will have to be economic, and not just environmental.

The Student PIRGs laid out three requirements for digital textbooks in their August report that would make them work for students: lower prices, better printing options, and accessibility. That would mean ditching DRM restrictions that Ars Technica reports exist on some electronic textbooks, such as “limiting printing to 10 pages per session and texts that are no longer accessible after 180 days.”

As we noted last month, pairing free or cheap educational materials and digital textbooks with a low cost eBook reader will be a winning combination for students. That appears to be where we’re headed, so it is exciting to see a major university (Texas is one of the five largest by enrollment in the US) taking the first steps toward a future where textbook costs can be lowered by going digital.

Interview: How to Join a Major Open Source ProjectJames Hibbard