The Tourism Department of the U.S. state of Wisconsin unveiled a new logo and branding in March of this year. The logo shows a silhouette of a person cart wheeling over the words Wisconsin, with the slogan “Live like you mean it” underneath it.

Unfortunately, not very many people liked either the logo or the slogan. Critics slammed the department for using a slogan that had been previously widely used by authors, motivational speakers and even Bacardi, the drinks company, while the cart wheeling figure was met with general scorn.

The slogan has been “temporarily” sidelined by the Department of Tourism while it is being reviewed. The state is working with a new advertising firm Laughlin Constable. Tourism secretary Kelli Trumble said:

We’re evaluating our work on that and believe me, we’re listening to feedback.There are those who love it and those who absolutely don’t. We know in our business that marketing is subjective.

Stories like this beg the question, was there any research done? It seems the logo was developed using market research. The red in the cart wheeling figure symbolizes the passion and pride of the state, while the green in “Wisconsin” symbolizes the state’s natural resources. Logos and branding don’t come cheap and this project came in at over US $57,000.

It seems like Wisconsin is having lots of problems with logos this year. The Government Accountability Board, is facing derision for launching a new logo that looks similar to the symbol for anarchy. The board paid a design firm $4,900 to create the logo. 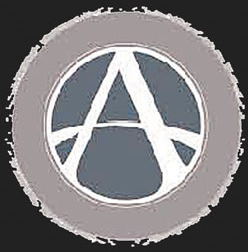 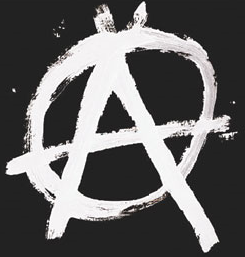 Government and Anarchy – separated at birth?