What is your position on testing your sites for mobile devices? 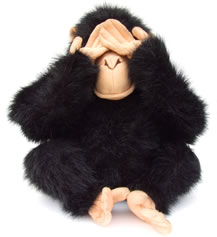 Plenty of us don’t, and there has never been a lack of good excuses not to:

Yes, screens were tiny, hardware controls maddening and browsers simplistic and clunky. Why waste your time trying to build for that?? 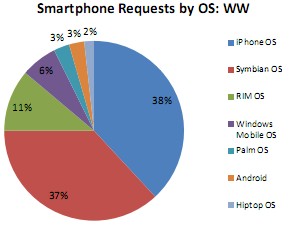 Well, perhaps April 23rd, 2009 could be considered the day those old excuses officially bite the dirt. Admob, an ‘Ad mob’ that specialize in the mobile space, have just published a report stating that iPhone OS had now officially overtaken Symbian as their most commonly detected mobile OS. iPhone OS now presents worldwide on 38% of the devices they serve to, with Symbian OS easing to 36%.

Of course, this doesn’t mean there are more phones using iPhone OS than Symbian — because there aren’t. Symbian has been around for more than 10 years and is present on literally tens of millions of phones out there. But it does give you a good snapshot of who’s using the mobile web. Just because a user CAN access the web via their handset, doesn’t mean they do.

This shouldn’t come as a surprise. It was only in January that Google told us that their iPhone traffic was challenging their Symbian numbers despite the Apple device only representing 2% of the smartphone market. Symbian accounted for 63% at that time.

It also seems to tell us that mobile web usage is tied to the software experience, not the hardware. There is no shortage of beautiful, web-enabled, big screened handsets out there. Apple’s key differentiator is the software experience – an idea that Nokia, Motorola and Sony Ericcson seem to have been slow to understand.

True, there are a few caveats. The world phone market IS very geographically segmented. While the US and UK markets have quickly become very iPhone-centric (50% of mobile web requests), large parts of Asia and Europe still love their Nokias while South Africa seems to have a strange love affair with Samsung.

Nevertherless, if the US is an important market for you and/or your clients, the mobile future is now. Arguably, with the Palm Pre and a next gen iPhone rumored for release in the coming months, the importance of mobile traffic is only likely to increase.