In my previous article, we learned some of the basic concepts in iOS application development. In this tutorial we will try to understand the iOS design pattern and some basic concepts.

We will not have a single Controller to manage all the Models and the Views as it adds complexity to the application. So we will have multiple MVCs in an application that will interact with each other and address the purpose of the application.

How does a View or Model interact with the Controller?

Views can interact with the Controller with the help of targets or delegates.

Whenever the user interacts with a View, for example by touching a button, the View can set the Controller associated with it as the target of the user’s action. Thus the Controller can decide on further actions to be taken. We will see how this can be achieved in the later part of this tutorial.

We can also make the Controllers listen for changes in the underlying Model. The Model can then broadcast the changes to all the listening Controllers through notifications.

We will set the wheels in motion by examinining the basic building blocks of iOS programming – Interface and Implementation files.

The Interface or Header file contains declarations of all public instance variables and methods.

Now, let’s create a simple app to find out how the interaction between a View and its Controller happens.

So, create a Single view application as I explained in my previous article.

Click on the TTTViewcontroller.xib and select the File owner and then select the Identity Inspector. The class mentioned here is responsible for all the actions that happen inside this View.

Drag a button from the objects library and place it inside the View. We can create a reference to this button in the TTTViewController. In iOS terms, we call this as an outlet. An IBOutlet variable in the controller represents some UI element in the Interface Builder.

Now right click on the button and point to New Referencing Outlet in the dropdown and drag it to the .h file as shown below. 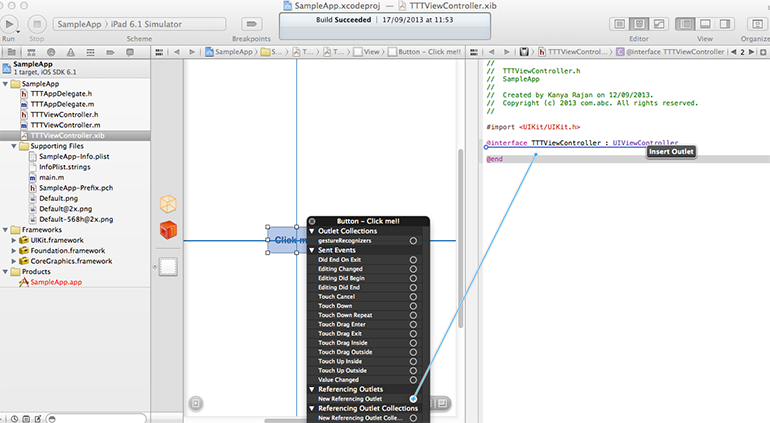 Give the variable a name in the popover and select connect. Now your interface file will have an IBOutlet variable auto generated as shown below.

We can also specify the action that should be invoked on the touch of a button.

Right click on the button and select the circle and drag a connection from the Touch Up Inside event of the button to the controller file as shown below. 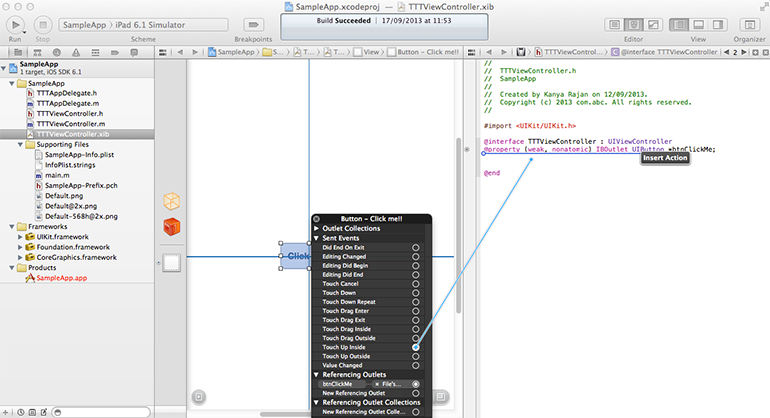 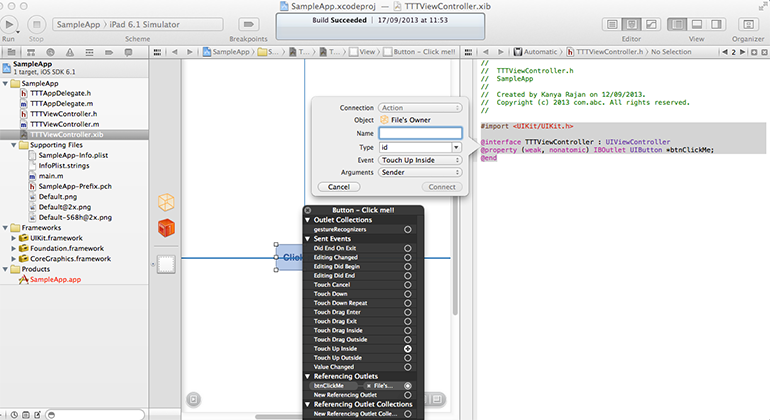 Now your interface file will change as shown below.

We will define the method in the implementation file as given below.

Note the way an alert View is created. Select alt and click on UIAlertview to get more information on alert View.

Run the application in the simulator. 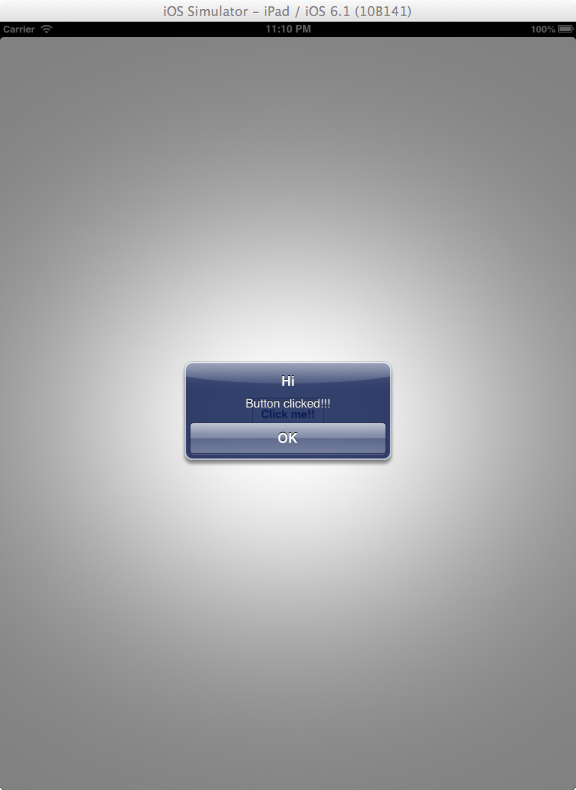 By the end of this article you should understand how XCode has simplified programming to a large extent.

We’ll explore some more interesting concepts in my future articles.