Three years is a long time in browser land, and a lot has changed since I originally posted this prediction. One thing that still holds true, though, is that by using the same linear mathematical methods with two more years of real data, IE will still be dead on SitePoint by 2013.In fact, the pace has picked up. When I originally ran this calculation, it predicted IE disappearing from SitePoint by mid 2013. This latest result has brought that forward to the 1st of January, 2013. What a way to welcome in the New Year! 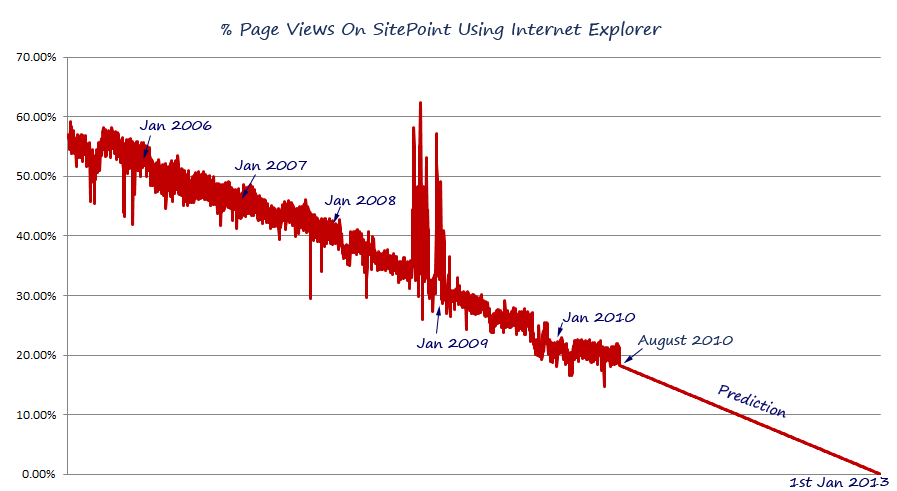 For the mathematicians ready to pick holes in my logic (and I know you’re out there), this is using a line of best-fit calculation. It’s also only data on visitors to SitePoint, so there will be a technical skew. Yet, it’s impossible to ignore that this is my third update, and the downward trend has remained consistent. I was expecting to see a leveling out, but to actually see a small increase in the rate of decline was quite startling.With IE9 just around the corner, I’m anticipating the 2011 update to see if IE can manage to turn it around—or maybe we just don’t want them to.

But what about the other browsers?

With my previous posts, many commenters requested information about other browsers, so this time I’ve included an additional graph showing the deviation with the other major players. All I can say is, “Go Chrome!” It’s certainly a big mover, and just a whisker off pipping IE. It’s also stealing a decent chunk of market share from Firefox. Safari is certainly on the up, but nowhere near the extent of Chrome. 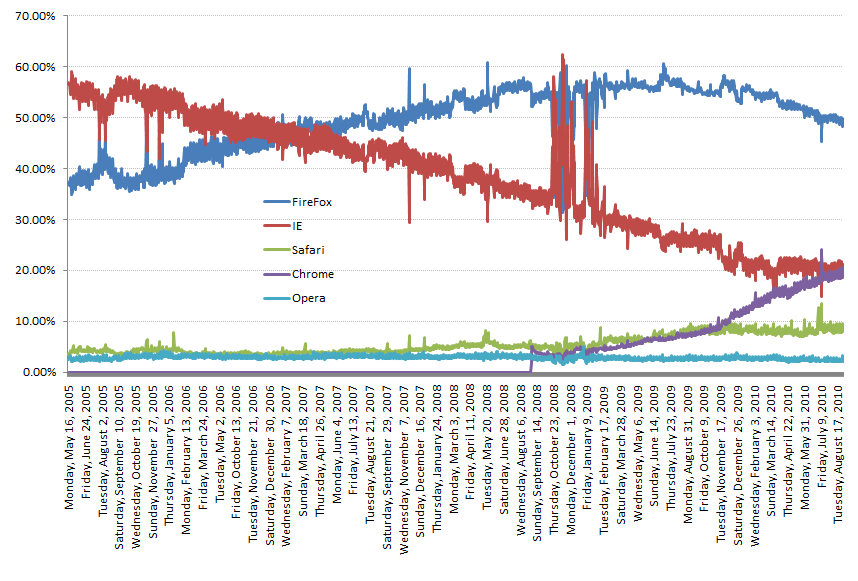 So there you have it—two years on, and the trend continues—IE dead by 2013. Unlikely, but we can still dream.