The International Semantic Web Conference 2007 (ISWC2007) was held in wonderful Busan, South Korea. The pace of change there is astronomical and the people I met were very welcoming. I was very impressed. 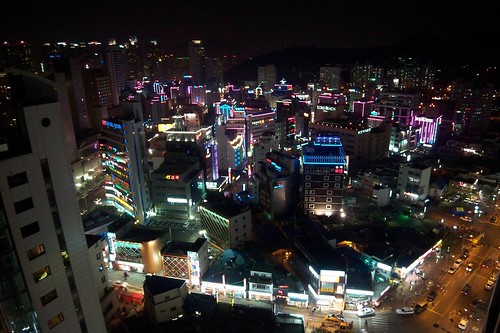 There is a growing interest amongst the group that I was talking with to break out of the mould of “white tower” Semantic Web work and to produce real world things. Things that can be used by current developers and that fit into the needs and wants of the vast majority of web developers.

This toolkit doesn’t quite exist yet, but the Linking Open Data group is creating the next generation of mashup tech called meshup. This is data that is interlinked and navigable in consistent ways. Data that ranges from the entire Wikipedia dataset (via DBpedia) to US Census data and Musicbrainz and the paths that connects them all together.

This is an important first step, developers who want to check out this emerging field can’t do it without a useable set of data. Data that not only makes sense but is real world and real value.

Another field that looks promising is the marriage of Google search with Semantic Web technology. An example of such a thing was demoed during the first day of the conference. The system is called SearchPoint and after a search is entered it brings back the results as you would normally see them in Google. The standout difference is a tag cloud of terms that appears — created by some magic SemWeb tech. This allows you to see the most relevant meanings of the top 100 search results and then fine-tune your search by moving the focus to a new part of the tag cloud. This all happens in real time, your search results are instantly re-sorted according to your re-positioning of meaning. It all is a very impressive set up that helps for terms that are naturally ambiguous: jaguar (did you mean the car, the animal or the US football team) or interestingly, a combination of those.

Below is an example of a search done for: Nokia N95 (the little red dot can dragged to any area of interest). 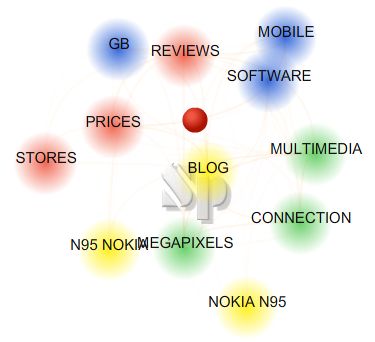 It also works well for terms that are not necessarily ambiguous, but that contain a large group of hits. It quickly allows you to see the main concepts behind the search, all grouped together, and most importantly, you don’t have to skip page to page and try to make sense of the mass of hits yourself.