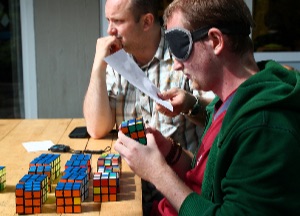 As site owners, designers, and developers we often underestimate the value of our intuition.

We prioritize data-driven decisions over instinct when it comes to virtually everything: from optimizing our monetization strategies to styling buttons on our websites. However, we often achieve better results if we learn to complement, rather than substitute our gut feeling with tests and data.

The ability to combine intuition and data-driven thinking is crucial for multivariate testing (MVT). Although site testing is viewed as a “mechanical” process, we often come up with purely intuitive ideas when choosing the features and design elements for further tests.

A typical MVT procedure includes the core stages of the scientific method: question, research, hypothesis, experiment and troubleshooting, data analysis, and implementation. You can increase the value of your ideas by using these stages as a framework for your experiment. 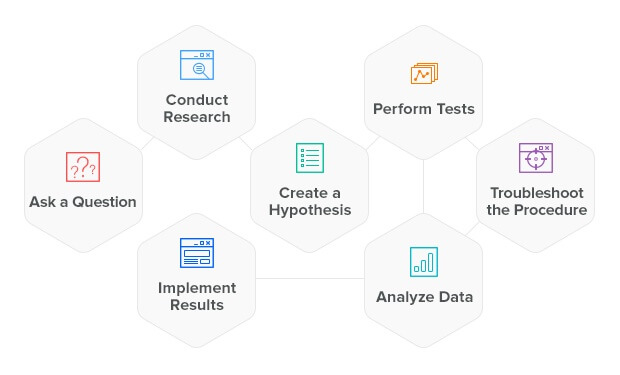 Start your MVT experiment with the right question. In most cases, asking yourself what exactly you can improve is a good starting point.

As a rule, our intuition makes us visualize dozens of useful tweaks, but we need to concentrate on features which lead to substantial improvements. Running a usability test prior to an MVT experiment is a viable way of reinforcing intuition with concrete data. Depending on your budget you have several options to choose from:

Let’s take a look at an example: 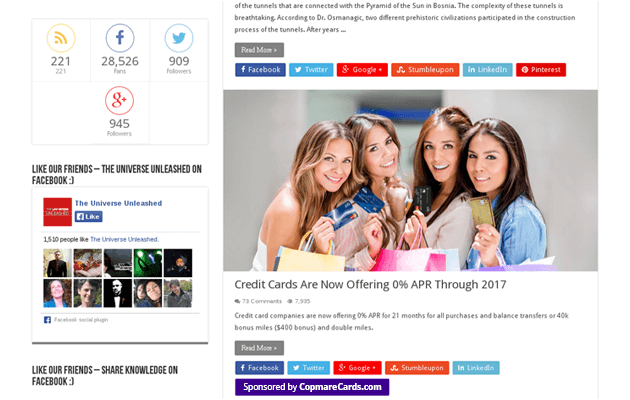 When launching native advertising on their websites, publishers often choose full-sized ad units that mimic the structure of their posts. This way the ad gets more prominence.

However, sometimes the ad feels too large, and it is more than just an aesthetic issue. Oversized adverts of this type can erode user experience leading to a decrease of click-through rates (CTR).

Conducting a usability study will most probably confirm our guess — oversized in-feed ads tend to be the first UX-related problem users notice. An obvious solution for this problem would be to test smaller native ad units.

Conduct background research to ensure a meaningful outcome for your tests. There is a valid reason for you to use competitor analysis at this stage. This type of research often comes down to a brief review of competitor websites with top search rankings, which doesn't take much time.

Studying your competitors will help you better understand what UX solutions work for similar websites. Later on, you will determine if your own ideas work better than these solutions.

If this is the case, you will gain a competitive edge over similar online resources. If not, you will still get to understand what works best for similar websites.

Competitor analysis will add clarity to the example above as well. It's easy to see that the most widespread alternative for an in-feed ad is a compact preview of the same branded post. These previews typically appear alongside recommended content, and are styled similarly, except for minor differences. This is what an average native ad of this type would look like in the “recent articles” section:

In a number of cases, publishers mention the advertiser in an explicit manner:

The hypothesis is the idea you will be testing. In fact, it is likely that your gut feeling will provide you with several worthy ideas.

In this case, you will need to find out which of them have the most practical advantages over your competitors’ features. To select the right items, give proper consideration to these three points:

Let’s see, how these points align with the above example. Background color helps the ad stand out, but it may lead some users to mistake the branded post for a banner. To avoid confusion, it will prove worthy to either opt for a less contrasting background or to completely remove it:

To find out which option suits us better, we can apply the three criteria from above:

Consequently, the “no background” version suits us better.

Include your current solution, the most widespread competitors’ solutions, as well as your own idea into the test. Most MVT experiments imply equal distribution of traffic between several samples. This approach requires high traffic volume, so you will need to keep the number of test samples to a rational minimum:

Another method the Epom Ad Server team uses is to exclude the winning combination as soon as it outstrips other options by a considerable degree (e.g. by 20%). After excluding the best combination we redistribute the remaining traffic between other samples. This allows us to get a more detailed comparison of separate features over the same period of time.

If sample 4 becomes the obvious winner before the planned end of the test, we can redistribute its traffic between samples 2 and 3. This allows us to see, if mentioning the advertiser actually makes any difference:

While there are other ways to distribute traffic, the two methods outlined above use direct calculation instead of relying on approximate figures. To further increase the degree of precision and eliminate the most widespread causes for troubleshooting, optimize your site analytics beforehand, preview all samples, and decide on the optimal duration of your experiment.

Analysing and Interpreting the Data

Multivariate tests are quite easy to analyze and interpret: the top-performing sample is the winner. However, in some cases our intuition tells us something is wrong with the results. More often than not, there is much more to such doubts than gut feeling.

There is an article on Sitepoint which argues that most winning results of A/B tests are misleading. It is safe to assume that MVT has similar problems. The key reasons behind misconstrued A/B and MVT tests include insufficient experiment duration and traffic volume as well as failure to understand the audience. Additionally, you need to consider a couple of factors to guarantee a valid interpretation of your data:

Intuition is vital to many aspects of website development and digital marketing, including such “mechanical” procedures as multivariate testing. The ability to put you intuition into action will help you create unique, valuable online experience for your audience. The ideas we come up with often have great potential, and multivariate testing is a great tool to justify these ideas.

Follow the stages of the scientific method and conduct additional research to ensure your tests return meaningful data. Usability testing and competitor analysis help you further increase the precision of an MVT procedure, which makes them invaluable for a well-planned experiment execution.

Anton is a successful entrepreneur and a passionate developer with more than 10 years of experience in the IT industry. He is the CEO and one of the founders of Epom, a global provider of innovative ad serving and ad management solutions. On a constant quest for knowledge and creative ideas, Anton strives to find the most effective solutions for both development and organizational issues. Strengthen Your Website With Simple Multivariate Testing for WordPressTara Hornor

How Multivariate Testing Can Help You Convert More VisitorsMark Simpson