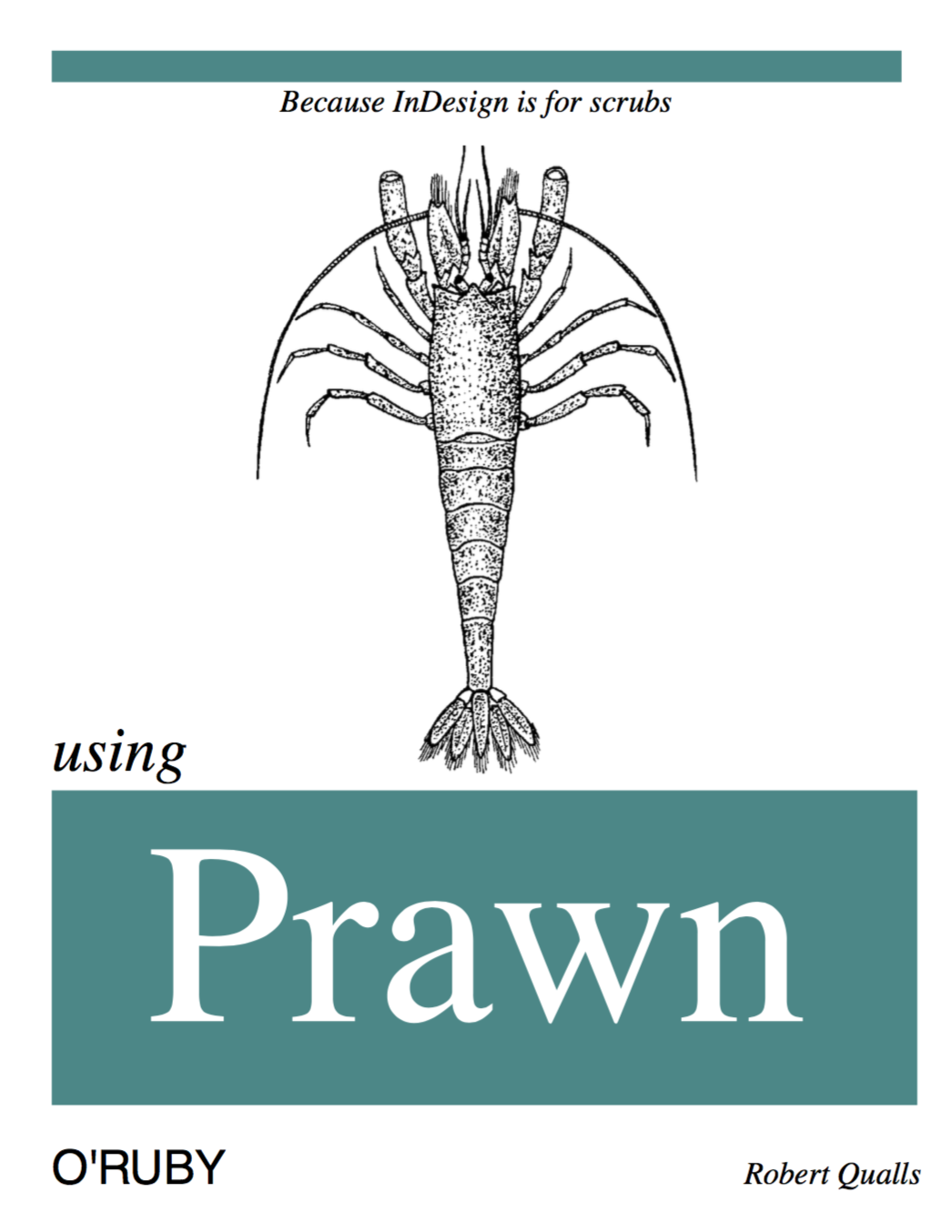 Generating portable documents can be tricky. For the most part, this task has moved from typesetting languages to WYSIWYG editors like Scribus and Adobe InDesign.

But automation has its own benefits. Instead of the kitchen-sink, it’s nice to have a hackable platform that can be easily tweaked to get us what we want.

Prawn is the spiritual successor to PDF::Writer. It is currently well-maintained and, like many other Ruby projects, Prawn is intended as a platform on which tools can be built.

Before we get into Prawn, the elephant deserves mentioning.

TeX was written by Donald Knuth and released in 1978. At that time, digital printing was fairly new and Knuth had just gotten back a galley proof of his second volume of “The Art of Computer Programming.” He was shocked by the quality and decided he could do a better job in a few months. It ultimately took him a decade (source).

TeX is famous for being bug free. Knuth had schemes in which those who found bugs in his documents or programs were paid a fee. The TeX program’s rewards followed the Wheat and Chessboard Problem, starting at $1.28 and reaching $327.68. Typical of Knuth, the version number of TeX is converging to π.

LaTeX (pronounced “lahtehk”) is a macro package for TeX that makes it easier to produce standard documents. These days, TeX is often referred to as LaTeX, and it is the de facto standard for creating scientific or mathematical documents in academia.

Here’s an example of LaTeX:

If you’re running a Rails operation, LaTeX isn’t the most convenient approach for generating documents. There are some gems available, but it’s really nice when the logic and the presentation are in the same language. That’s what Prawn supplies.

First, we need to install the Prawn gem:

We can verify that Prawn is working with the following test:

Most of Prawn’s commands are fairly minimalistic and what you would expect: 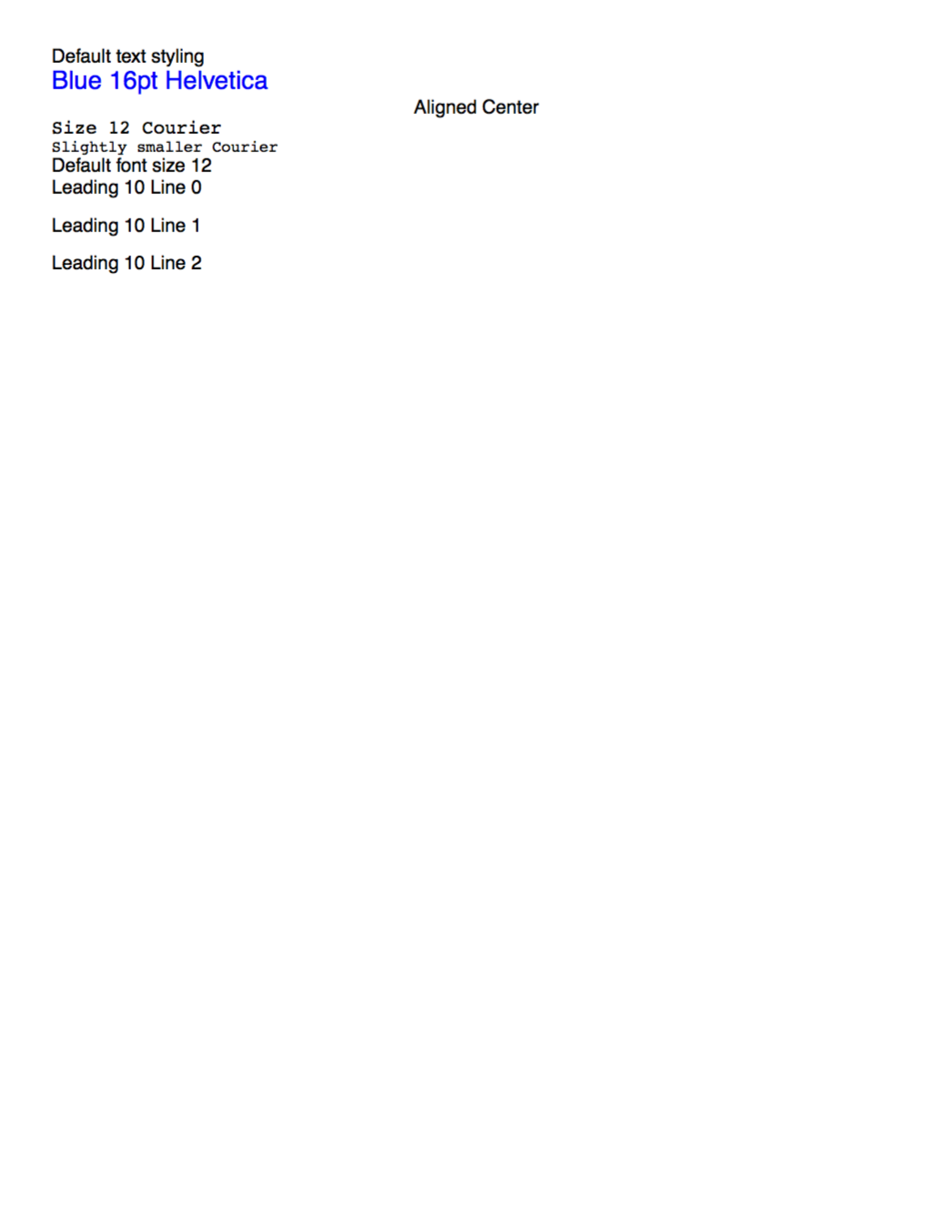 Consistent with Ruby, Prawn provides multiple ways to accomplish the same thing. Most DSL methods can optionally be scoped with a block.

There are two important geometric locations in Prawn:

The origin, [0,0] is at the bottom-left corner of the document. This can be confusing as the cursor starts in the top-left corner. 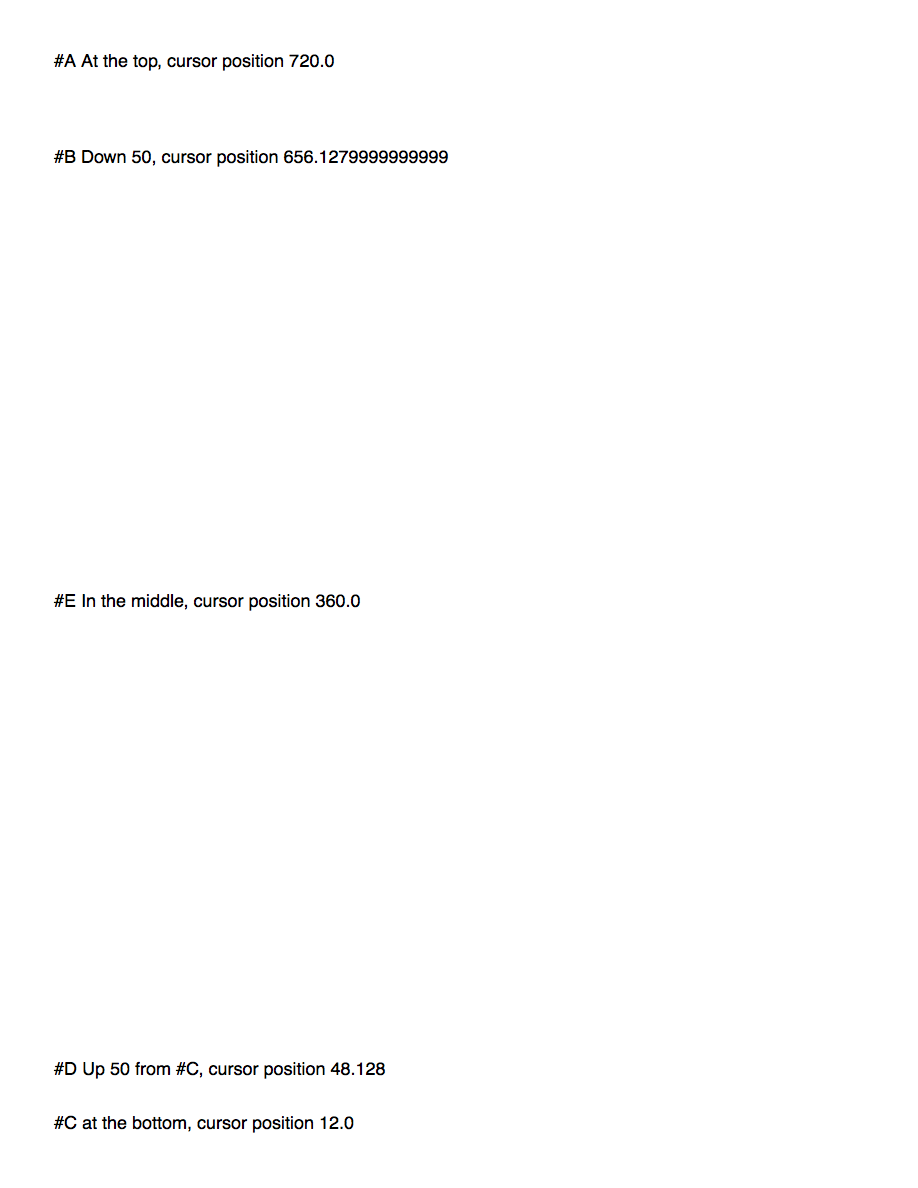 Prawn lets us use either local paths or external URLs with open-uri: 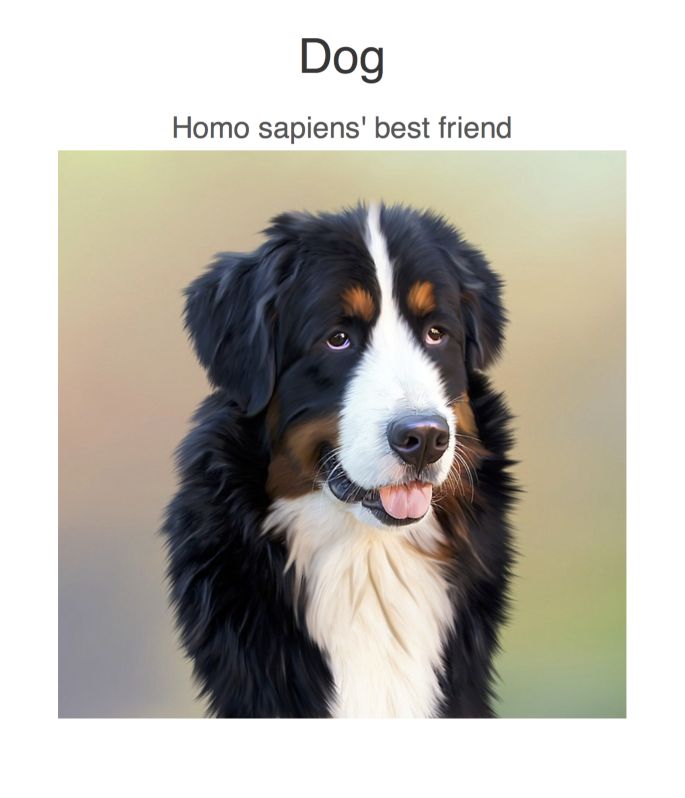 It also supports backgrounds. Unfortunately, Prawn doesn’t seem to offer any way to fit the background when done this way, so you may need to tinker with the size. This can be done with ImageMagick and the mini_magick gem: 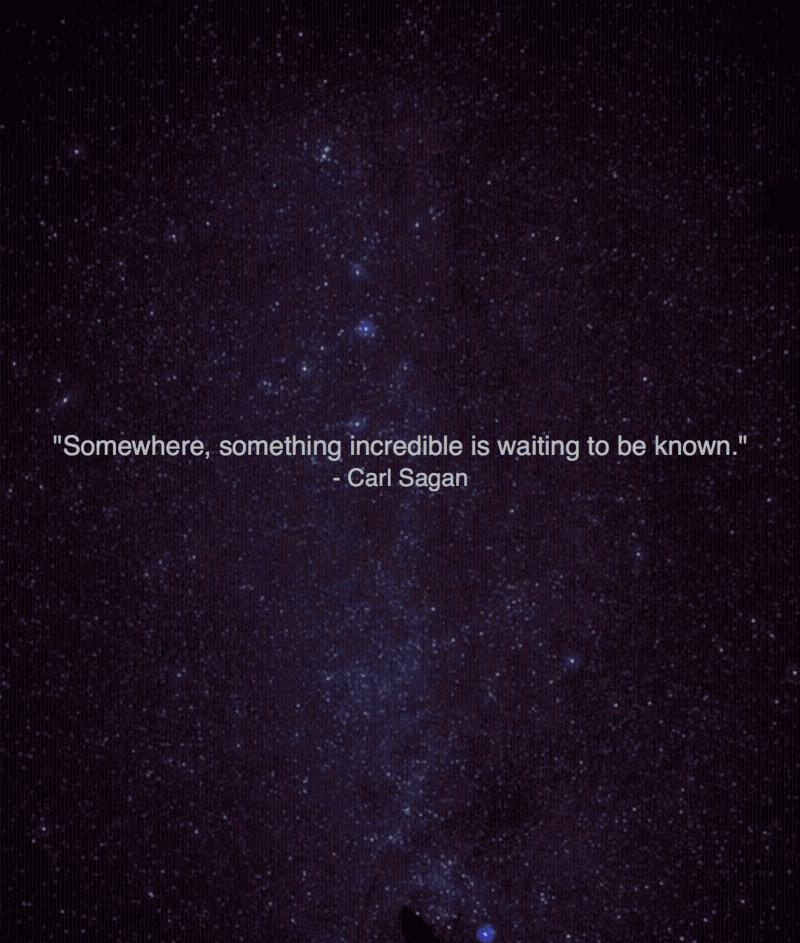 Here is the source for the fake book cover.

If you want to learn more about Prawn, the Prawn team has a nice manual.

Prawn’s DSL approach isn’t for everybody nor the best solution for all situations. In fact, HTML+CSS to PDF is probably the future of programmatic typesetting. Hardcoding instead of flexible design feels very 20th century, but Prawn is fairly popular, so there’s a good chance you will encounter it from time to time. Thankfully, we have wkhtmltopdf wrapped by the PDFKit gem. If you want to see a comparison, be sure to read PDF Generation in Rails.