Chrome 4 was released — what — 3 minutes ago? It was actually the end of January but, seriously Google, what is it with these rapid version updates? What happened to the decade-long betas?

I’m not convinced anyone cares about browser version numbers, but that hasn’t stopped Google releasing Chrome 5 beta. If you’re not a Windows user, you’ll be pleased to hear that it’s also available on Mac and Linux.

The browser’s still lean and mean, but Google has squeezed in a few new features: 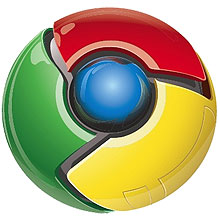 Extensions
Browser extensions will be supported on all platforms and the API will receive a number of updates.

Flash plugin
Despite Google being advocates of HTML5, Adobe’s Flash plugin will be provided as standard. Chrome will install version 10.1 and automatically update the plugin without user intervention.

It’s also rumored that a PDF plugin will be available. Please, no!

Synchronization
Bookmarks can already be synchronized across multiple installations, but version 5 will offer passwords, form autofill entries and themes.

Windows 7 integration
Aero Peek and Jump Lists will be supported but, fortunately, you will be able to adjust the behavior if you normally browse with 93 tabs open.

Geolocation
This new HTML5 feature can inform a website of your location (if you permit it). Mobile users with GPS will receive the most accurate location information, but it is possible to obtain an area from your IP address and/or wireless networks.

Native Client and WebGL
Chrome 5 will contain early versions of:

No release date has been announced, but I wouldn’t be surprised if Chrome 5 final appeared very shortly. At this rate, Chrome will be into double-figures before IE9 is released.

Will you use Chrome 5?