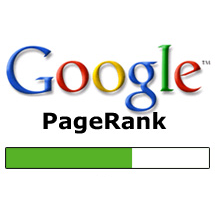 Every time I write an SEO article I get a bunch of comments from web marketers who are obviously obsessed with Google PageRanks, so obsessed that they literally believe that PageRanks influence everything from rankings into Google’s SERPs to the overall online influence of a site.

Apparently it doesn’t matter how many times reputable SEOs like Michael Gray, Aaron Wall, Dany Sullivan and others advise not to obsess about PageRanks – there will always be people who proudly showcase their success in getting a higher PageRank, or get terrified when their sites’ PageRanks drop. Last week I had a commenter who was so convinced that scraper sites helped his site get a higher PR that he almost turned into an advocate of scrapers.

What many webmasters don’t know is that there are in fact two entirely different things that are called “PageRank”. The one everybody is obsessing about is the toolbar PageRank, which really doesn’t matter, because: 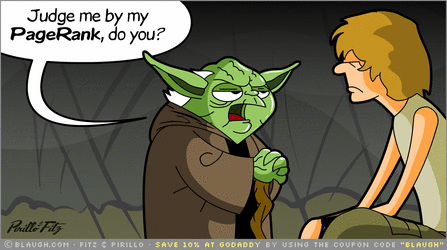 The only thing that does matter is the internal PageRank assigned by Google to a site, but that’s something no one except Google knows.

To make a long story short: there’s nothing magical about having high PageRanks, and definitely not if you obtain these by employing black hat or gray hat techniques (like using scraper sites or other bad neighbours to boost PageRanks). You will never really know what the real PageRank of a site is anyway, not even if you “test it” using such a tool that checks Google PageRanks in 700 data centers.

Sure, you can optimize your site for higher PageRanks, and for more traffic, and for better SERPs, but, as Vanessa Fox said:

If you “optimize the crap” out of your site so that you rank #1 for relevant keywords, but your site isn’t compelling to searchers, that ranking will be completely meaningless as those new visitors will click right back to the search results rather than engage with your site.