Google announced today on the official company blog that some major changes have been implemented in Google’s Image Search. Marissa Mayer, Google’s Vice President of Search, told the BBC that more than a billion image searches are now carried out each day on the site. That’s a lot of searching and the latest improvements are designed to make searching for images quicker and easier.

Other, not so exciting changes for the average image searcher will be the inclusion of thumbnail picture advertisements in Image Search. Google Image’s product manager Nate Smith said “for our advertisers, we’re launching a new ad format called Image Search Ads. These ads appear only on Google Images, and they let you include a thumbnail image alongside your lines of text”. 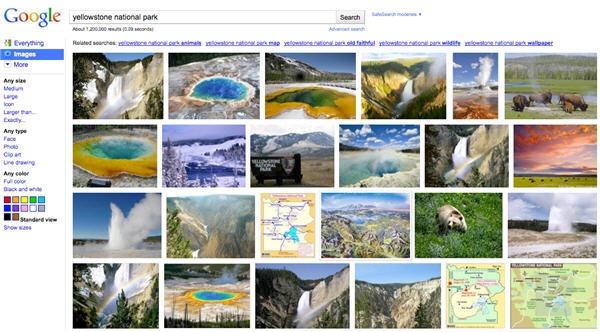 The upgrades to Image Search will kick in worldwide over the next few days. (Note at the time of writing, the changes weren’t visible from Ireland, hence the use of the official Google Blog image)

Read more on the Google Blog and on the BBC.

Have you used the new Image Search yet? Do you like the changes?