There are more URL shortening services than URLs to shorten*. TinyURL launched in 2002, but Twitter’s 140 character limit led to dozens of alternatives including bit.ly, is.gd, snipurl.com, Tweak and the utterly absurd urlshorteningservicefortwitter.com

Do we need another? Google thinks so and has publicly launched goo.gl. The service has been integrated with other Google applications since December 2009 but it’s now open to everyone.

Goo.gl has a major advantage over the other options: it’s backed by a company which is unlikely to cease trading any time soon. As tr.im users are only too aware, a closed service leads to linkrot — all your shortened URLs disappear in a puff of electronic smoke. As a business model, URL shortening requires huge resources and makes little money.

Statistics fans will also love the reports. I created this link for SitePoint.com — goo.gl/Qm9S. Click it and you’ll see your data instantly appear at goo.gl/info/Qm9S. 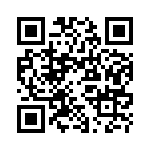 Still not convinced? How about automated QR code generation? Simply add .qr to the shortened URL to view the image, i.e. goo.gl/Qm9S.qr. Rather than entering a web address, a smartphone user can scan this image and be forwarded to the SitePoint home page.

Whatever your opinion of Google’s ambitions or URL shortening as a concept, it’s difficult to deny the benefits of goo.gl. Rival services will certainly suffer, but it’s not as though they had a viable business in the first place.

Will you switch to goo.gl? Do you know of a service offering better facilities? Is URL shortening swamping the web with unnecessary HTTP redirects?

* Obviously, that can’t be true but you get the point!