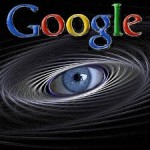 Google may in fact be George Orwell’s “Big Brother”. According to the news today from AP, Google will be using its technologies and user behavior to better determine how to target advertising. Many feared Google’s $3.2 billion purchase of DoubleClick last year because of the implications, and now Google has acknowledged having a “user learning” program in place. Ads refined by this technology are set to be launched within the next few weeks, making it rather apparent Google has had this ability for some time.

Initial ads will appear on YouTube and other sites within Google’s ad network according to the AP report. Google claims they intensified their monitoring of users back in December, when they began inserting cookies from DoubleClick on their partner’s Web sites. However, logic would seem to dictate that Google has been working on this technology since the DoubleClick acquisition. Marc Rosenberg, Executive Director of the Electronic Privacy Information Center is just one of many who are concerned about these developments.

“I don’t think the world’s largest search engine should be in the business of profiling people.”

Google’s ad strategy has been “search specific” rather than “behavioral” like competitors Yahoo! and Microsoft. Rosenberg and others are hoping that this news will prompt the Federal Trade Commission to re-examine the DoubleClick deal. Google’s position is unique in that their search dominance offers them inestimable potential to “harvest” data from users. Besides affording them a nearly exclusive advantage over competitors, the privacy issue looms large here.

Google is trying to sidestep any regulatory issues, and has set up a system so that users can specify their interests and turn off some forms of advertising. While this may appear altruistic, obviously the system only helps Google further refine ads. This feature is “pitched” to us “drippy sweet” from Google’s Deputy General Counsel Nicole Wang:

We are pleased that our launch of interest-based advertising includes innovative, consumer-friendly features to provide meaningful transparency and choice for our users.

Of course Google, like Yahoo! and Microsoft, offers an “opt out” solution for users. Jeff Chester, executive director of the Center for Digital Democracy, suggested that Google is betting most people will not take the time to opt out of the scheme, he went on to pretty much sum up the whole user data question:

“We are now in an arms race of digital data collection where companies are trying to outdo each other in pursuit of the 21st century’s Holy Grail — advertising.”

The latest foray of Google announcements should be considered indicative of a broader strategy. Announcing expandable ads just the other day, along with today’s news, may indicate larger strategic movement for the Internet’s biggest winner. Whether these moves are in response to Yahoo!, Microsoft or even recent worldwide economic upheaval ( described by CEO Eric Schmidt as “dire”), Google appears to be tipping its hand on user data to a degree.

From this writer’s perspective, these strategies address market issues on several fronts. Beyond competing with its distant rivals in advertising, Google is probably circumventing any ad market losses to Microsoft’s new Kumo search engine. All be it something of a stretch, if Kumo is powered by an accelerated developmental version of Powerset, a big win for Microsoft can only be negated with an advanced ad model on the revenue side of the equation. Regardless of where and at what Google’s strategy is targeted, it is obvious they are making a big push. Remember this, Google’s advantage is not in search relevance as much as it is in their advertising dominance.