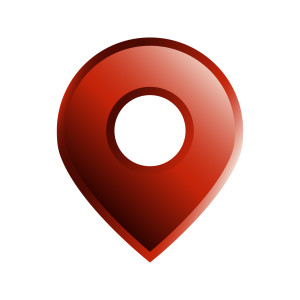 The world is big. Seriously, I’d say it’s really huge. Different countries, cities, various people, and cultures…but still, the internet connects us all and that’s really cool. I can communicate with my friends who live a thousand miles away from me.

Because the world is huge, there are many different places that you may need to keep track of within your app. Luckily, there is a great solution to help you find locations by their coordinates, addresses, or even measuring distances between places and finding places nearby. All of this location-based work is called “geocoding”. in Ruby, one geocoding solution is called Geocoder and that’s our guest today.

In this app you will learn how to

By the end of the article you will have a solid understanding of Geocoder and a chance to work with the handy Google Maps API. So, shall we start?

The source code is available at GitHub.

The working demo can be found at sitepoint-geocoder.herokuapp.com.

For this demo, I’ll be using Rails 5 beta 3, but Geocoder supports both Rails 3 and 4. Create a new app called Vagabond (we’ll you don’t really have to call it that, but I find this name somewhat suitable):

Suppose we want our users to share places that they have visited. We won’t focus on stuff like authentication, adding photos, videos etc., but you can extend this app yourself later. For now let’s add a table called places with the following fields:

Create and apply the appropriate migration:

Before moving forward, let’s add bootstrap-rubygem that integrates Bootstrap 4 into our app. I won’t list all the styling in this article, but you can refer to the source code to see the complete markup.

Now create a controller, a route, and some views:

We set up the index, new, and create actions for our controller. That’s great, but how are we going to grab coordinates based on the provided address? For that, we’ll utilize Geocoder, so proceed to the next section!

Starting to work with Geocoder is really simple. Go ahead and add the following line into your model:

So, what does it mean? This line equips our model with useful Geocoder methods, that, among others, can be used to retrieve coordinates based on the provided address. The usual place to do that is inside a callback:

There are a couple of things you have to consider:

Then just pass its name:

Having these two lines in place, coordinates will be populated automatically based on the provided address. This is possible thanks to Google Geocoding API (though Geocoder supports other options as well – we will talk about it later). What’s more, you don’t even need an API key in order for this to work.

Still, as you’ve probably guessed, the Google API has its usage limits, so we don’t want to query it if the address was unchanged or was not presented at all:

Now, just add the show action for your PlacesController:

Boot up your server, provide an address (like “Russia, Moscow, Kremlin”) and navigate to the newly added place. The coordinates should be populated automatically. To check whether they are correct, simply paste them into the search field on this page.

Another interesting thing is that users can even provide IP addresses to detect coordinates – this does not require any changes to the code base at all. Let’s just add a small reminder:

If you are developing on your local machine, the IP address will be something like ::1 or localhost and obviously won’t be turned into coordinates, but you can provide any other known address (8.8.8.8 for Google).

Geocoder supports a bunch of options. To generate a default initializer file, run this command:

Inside this file you can set up various things: an API key to use, timeout limit, measurement units to use, and more. Also, you may change the “lookup” providers here. The default values are

Geocoder’s docs do a great job of listing all possible providers and their usage limits,
so I won’t place them in this article.

One thing to mention is that even though you don’t require an API key to query the Google API, it’s advised to do so because you get an extended quota and also can track the usage of your app. Navigate to the console.developers.google.com, create a new project, and be sure to enable the Google Maps Geocoding API.

Next, just copy the API key and place it inside the initializer file:

One neat feature about Google Maps is the ability to add static maps (which are essentially images) into your site based on the address or coordinates. Currently, our “show” page does not look very helpful, so let’s add a small map there.

To do that, you will require an API key, so if you did not obtain it in the previous step, do so now. One thing to remember is that the Google Static Maps API has to be enabled.

That’s pretty much it – no JavaScript is required. Static maps support various parameters, like addresses, labels, map styling, and more. Be sure to read the docs.

The page now looks much nicer, but what about the form? It would be much more convenient if users were able to enter not only address but coordinates, as well, by pinpointing the location on an interactive map. Proceed to the next step and let’s do it together!

For now forget about the map – let’s simply allow users to enter coordinates instead of an address. The address itself has to be fetched based on the latitude and longitude. This requires a bit more complex configuration for Geocoder. This approach uses a technique known as “reverse geocoding”.

This may sound complex, but the idea is simple – we take these two values and grab the address based on it. If your address column is named differently, provide its name like this:

Moreover, you can pass a block to this method. It is useful in scenarios when you have separate columns to store country’s and city’s name, street etc.:

More information can be found here.

There are a couple of problems though:

The first two issues are easy to solve – just specify the if and unless options:

Having this in place, we will fetch coordinates if the address is provided, otherwise try to fetch the address if coordinates are set. But what about a separate attribute for an address? I don’t think we need to add another column – let’s employ a virtual attribute called raw_address instead:

We can utilize this virtual attribute to do geocoding. Don’t forget to update the list of permitted attributes

So far so good, but without the map, the page still looks uncompleted. On to the next step!

Adding a dynamic map involves some JavaScript, so add it into your layout:

Note that the API key is mandatory (be sure to enable “Google Maps JavaScript API”). Also note the callback=initMap parameter. initMap is the function that will be called as soon as this library is loaded, so let’s place it inside the global namespace:

Obviously we need a container to place a map into, so add it now:

Note that google.maps.Map requires a JS node to be passed, so this

center is an options that provides the initial position of the map – set the value that works for you.

Now, let’s bind a click event to our map and update the coordinate fields, accordingly.

For our users’ convenience, let’s also place a marker at the clicked point. The catch here is that if you click on the map a couple of times, multiple markers will be added, so we have to clear them every time:

The idea is simple – we store the marker inside the array and remove it on the next click. Having this array, you may keep track of markers that were placed a clear them on some other condition.

It’s high time to test it out. Navigate to the new page and try clicking on the map – the coordinates should be updated properly. That’s much better!

Placing Markers Based on Coordinates

Suppose a user knows coordinates and want to find them on the map instead. This feature is easy to add. Introduce a new “Find on the map” link:

Now bind a click event to it that updates the map based on the provided coordinates:

We pass an object to the placeMarkerAndPanTo function that contains the user-defined latitude and longitude. Note that coordinates have to be converted to integers, otherwise an error will be raised.

Reload the page and check the result! To practice a bit more, you can try to add a similar button for the address field and introduce error handling.

The last thing we will implement today is the ability to measure the distance between added places. Create a new controller:

Here we display two drop-downs with our places. options_from_collection_for_select is a handy method that simplifies the generation of option tags. The first argument is the collection, the second – a value to use inside the value option and the last one – the value to display for the user inside the drop-down.

Geocoder allows the measuring of distance between any points on the planet – simply provide their coordinates:

We find the requested places and use the distance_from method. to_coordinates transforms the record into an array of coordinates (for example, [30.1, -4.3]) – we have to use it, otherwise the calculation will result in an error.

This method relies on a flash message, so tweak layout a bit:

By default Geocoder uses miles as the measurement units, but you can tweak the initializer file and set the units option to km (kilometers) instead.

Phew, that was a long one! We’ve covered many features of Geocoder: forward and reverse geocoding, tweaking options, and measuring distance. On top of that, you learned how to use various types of Google maps and work with them via the API.

Still, there are other features of Geocoder that I have not covered in this article. For example, it supports finding places near the selected location, it can provide directions while measuring distance between locations, it supports caching, and can even be used outside of Rails. If you are planning to use this great gem in your project, be sure to skim the documentation!

That’s all for today folks. Hopefully, this article was useful and interesting for you. Don’t lose your track and see you soon!

Meet the author
Ilya Bodrov-Krukowski
Ilya Bodrov is personal IT teacher, a senior engineer working at Campaigner LLC, author and teaching assistant at Sitepoint and lecturer at Moscow Aviations Institute. His primary programming languages are Ruby (with Rails) and JavaScript. He enjoys coding, teaching people and learning new things. Ilya also has some Cisco and Microsoft certificates and was working as a tutor in an educational center for a couple of years. In his free time he tweets, writes posts for his website, participates in OpenSource projects, goes in for sports and plays music.