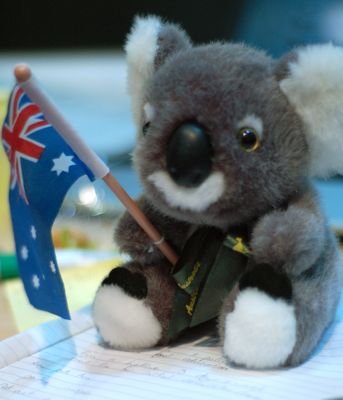 Raena is reporting from the Full Code Press website-in-a-day competition, an event SitePoint is sponsoring.

We’re now almost halfway through the 24-hour marathon that is Full Code Press. Team Australia’s working on building a shiny new web site for Disability Discrimination Legal Centre of NSW, using the ever-popular WordPress. Judges can already see a site taking shape for New Zealand’s Code Blacks, but what’s happening with team Australia? Earlier, I caught up with Elle Meredith, a designer and Rails developer in the Aussie team.

So why so quiet? “We still don’t have a definite design,” Elle said. “We have an idea, and Alex is still working on that, but it’s a bit hard to continue when some of the things we need are not there yet.”

Another challenge facing the Australians is that their client, Peter, is deaf. There’s been an AUSLAN interpreter on hand to assist throughout the day, but now that everyone else has gone home, it’s become a bit hard for the team to communicate with him. “It’s not the easiest way to communicate,” says Elle. “But, at least he’s still awake!”

Of course, it’d be silly to even think about writing off Team Oz just yet—there’s plenty of fight in these talented guys and girls, and we can’t discount a good old Aussie comeback. Both teams are still strongly confident at this stage of the game. Stay tuned — there’ll be more updates as they happen!