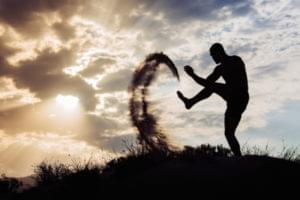 When using various Ethereum blockchain explorers like Etherscan to inspect addresses, you may come across certain addresses which have Transactions, Internal Transactions and Token Transfers. To understand the difference between them, we first have to understand the concept of external and internal addresses on Ethereum.

There are two types of addresses (accounts) in Ethereum: External and Internal.

When a user creates an address, that’s called an external address because it’s used for accessing the blockchain from the outside — from the “user world”.

It’s important to note that all transactions on the Ethereum blockchain are set in motion from external accounts. Even if one smart contract is supposed to call another and that one in turn calls another, the very first transaction must be done by an external account. There’s currently no way to automatically call a transaction from the outside, though solutions are being worked on.

The key difference between external and internal accounts is the following:

This brings us back to transaction types. Let’s inspect this address.

The address has several entries in the Transactions tab — some outgoing, some incoming. These transactions are external transactions — to and from external accounts. So as per the screenshot, we can see this address received 5 ether 7 days ago from this address and 0.2 ether 12 days ago from a Binance wallet. But if we look at the most recent sender, we’ll see some more interesting entries:

This address has been sending out Ether to individuals, but it did something else, too: it contributed to the EOS crowdsale and withdrew EOS tokens. Most of these transactions send 0 ether; they just call functions. For example, this transaction shows that almost half a year ago our protagonist called the claim function on the EOS Crowdsale contract, and this resulted in the crowdsale sending that person 312 tokens in return.

The details of this transaction don’t matter much. We’re just looking at it to define the Transactions tab properly:

The Transactions tab lists all transactions initiated by external accounts, regardless of who initiated them — the receiver or the sender.

Now let’s look at the second tab of our first address: Internal Transactions.

Note: not all addresses will have this tab. It’s only present when an internal transaction actually happened on an account.

Let’s look at one of these — for example, this one.

This was a bid on the ENS (Ethereum Name Service) domain service, which allows entities to register an eth domain like bitfalls.eth so people can send ether straight to it rather than to a long and cryptic address like 0xbE2B28F870336B4eAA0aCc73cE02757fcC428dC9. The transaction describes itself as being sent to the ENS-Registrar contract, which then transferred 0.94 ether to the address which initially formed the auction, and then the contract called the finalization function.

But how is this an internal transaction if it still needed to be initiated by a transaction from an external account? The original initiating TX was external, yes, but this particular transaction is just one in a chain of transactions that happened inside the blockchain, from contract to contract. As the contract automatically sent ether back due to being triggered by another contract (the ENS auction process), it was logged as an internal transaction because the transfer of ether was the result of logic that was built into the smart contract and was not sent by someone from the outside. Therefore:

The Internal Transactions tab lists all transactions initiated by internal accounts as a result of one or more preceding transactions.

Copy and paste this URL into your WordPress site to embed

Copy and paste this code into your site to embed