Designing Droids: From Metropolis to Huey, Dewey and Louie 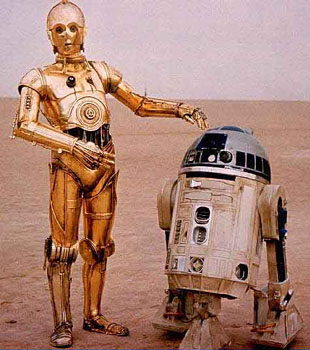 It's amazing to me to think that it was way back in February of 2013 that Disney announced there would be a new Star Wars film for the first time in a decade.

A long time ago…

Over the last ten years, poor ol' George Lucas has been under the blazing ‘nerd blowtorch’ for those prequels – some of it probably justified. But while we might question some of his directorial and screenwriting decisions, there's one thing that's beyond question:

George Lucas was a brilliant visionary.

As designers, I think we can still learn a lot from George's ability to research, to collect a bunch of weird and disparate inspirations and re-assemble them into a new, captivating and original whole. I want to touch on that ability today.

The Droids We're Looking For

As much as Star Wars is a story about farmboy with wanderlust, the truth is that it's two droids that drive the story in the first half 'A New Hope'. In fact, we barely see a human for the first 20 minutes. It's essentially a tin man and a rolling trash can in the desert – so if his robots can't carry the story, the film dies. Why did he do this? 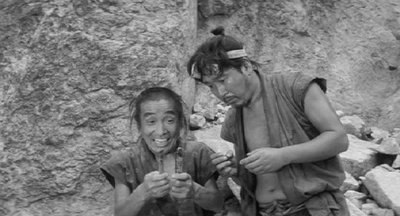 It's well documented that Lucas borrowed large parts of the story of 'A New Hope' from Akira Kurosawa's The Hidden Fortress (1958).

That film begins with two squabbling peasants – a tall one and a short one – trekking through the wilderness to join a rebellion. The peasants are played mostly for their 'three-stooges-like' comic value, but we also see the story through their eyes.

'The Hidden Fortress' also includes a sassy, independent princess, a secret treasure and, yes… a hidden fortress. But Lucas knew the success of his two droids-peasants was critical to his story. 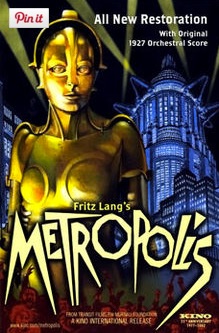 George Lucas's golden droid was a very original blend of old and new ideas on what a robot should be. The visual design borrows from 'Maria' in Fritz Lang's Metropolis (1927), probably the most famous robot in early cinema.

However, like most humanoid robots in 20th cinema, she is not to be trusted. In fact, 20th-century movies generally tell you that the more human a robot looks (or sounds), the more dangerous they are (WestWorld, Alien (Ash), Hal-9000).

If a robot was trustworthy, it had to be mechanical, monotone and determinedly non-human, like Robby the Robot in Forbidden Planet.

C-3PO was different – more like a blending of the Cowardly Lion's fretting in the Tin Man's body. Not a hero but certainly not a villain either. Somehow C-3PO managed to feel both completely original and instantly familiar at the same time. That's hard to do.

If C-3PO could perform a role mostly like a human character, R2-D2 was a much braver decision. This little tin can needs to help drive the story, even though he has:

On the surface, it's like trying to get important plot exposition out of a coffee machine. It must have seemed a crazy decision for people arriving on the set. 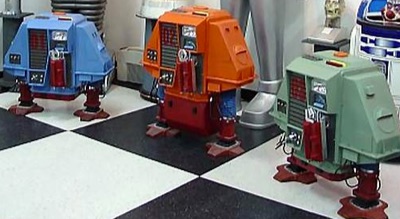 Silent Running is set in a dystopian future where Earth is a dead planet, but plant and animal life has been preserved in giant floating space domes (yes, Wall-E also draws from this film). Bruce Dern plays the part of 'Freeman Lowell', one of the men charged with maintaining these nature domes until life can be returned.

Lowell is aided by three small service 'drones' – Huey, Louie and Dewey – who become his main companions for the film.

Like R2-D2, these drones are short, faceless and very industrial looking, yet as Lowell teaches them to care for plants and even play poker, they show personality. Even though they couldn't smile or frown or shake their fist, Lucas saw that they were still able to drive the story forward like a human character. 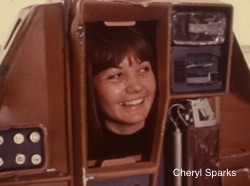 In fact, the drones were given life by four amputee actors – Mark Persons (Dewey), Cheryl Sparks and Steven Brown (Huey) and Larry Whisenhunt (Louie). Kenny Baker (R2-D2) must have drawn a lot from watching their performances.

Silent Running didn't get a lot of attention at the time, but was a critical influence on George Lucas.

A Salute to George Lucas 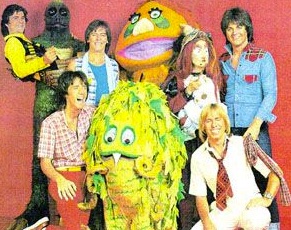 You probably only need to watch about 10 minutes of something like H.R. Pufnstuf or Sigmund and the Sea Monsters to get a feel for the contempt that kid's fantasy entertainment was held in till the early 70’s. “They’re kids! Give ’em any ol’ garbage. Just paint it bright colors and they lap it up!” seemed to be the approach of producers. Cheap sets, tacky costumes, awful dialogue, and idiotic plots.

By contrast, Star Wars was smart, creative, intricately-planned and took the art of storytelling more seriously than any kid-friendly fantasy drama before it. It's little wonder that people lost their tiny minds in 1977.

The bar was raised and movies were never the same again. Mr. George Lucas – I’ll be forever grateful to you for that.