Many, if not most, of the new breed of mobile devices use touch as their main input method. While many of the principles we usually apply to interface design are the same, there are some shifts in mindset required.

Our fingers are remarkably dexterous, but they lack the same level of precision of a mouse. With some care, we can use a mouse to pinpoint a single pixel on an interface—but try touching a single pixel with your finger. The Apple Human Interface Guidelines for iOS specify a recommended hit target no smaller than 44×44px; about 2,000 times bigger than our single pixel. Does this mean interfaces that rely on touch as their input method are a step backwards? Of course not. Touch as a mode of interaction is about removing the layer between us and our interfaces. What we lose in accuracy, we gain in having a better understanding of the interactions, because the experience is now tactile, and hence, more intuitive.

Interfaces that fail to accommodate the touch paradigm do so not because of any inherent failing of the input method, but because the designers have jammed too much onto a screen, or made buttons too small for fingers to easily tap. This is exacerbated by the inherent problem of touch as an input method: the very act of trying to touch an interface element obscures that element from our view. In addition, our users need to be able to understand and use our interface in a whole range of distracting contexts. There’s a delicate balance between trying to fit as much information as possible into the smaller physical space of a mobile screen, and offering targets that are big enough for clumsy fingers to touch.

We should also never forget our users without touch screens! They’re customers too, and their input method is likely to be extremely unfriendly. Older feature phones (and some smartphones) use four-way navigation (often called a D-pad) as their primary input method, forcing users to scroll past several elements in our interface to reach the button they want. BlackBerry’s browser uses a tiny trackball or scroll wheel to navigate the interface; hence, wherever possible, it’s worth aiming to limit the number of elements on the screen.

Above all, it means simple interfaces. Simple means easy to understand, which leads to easy to use.

Simplicity is a feature, and while complexity is not necessarily a vice, we need to keep some perspective. As invested as we might be in the depths of functionality of our application, the behavior of our users is not likely to match our interest. Our users are likely to spend mere seconds or minutes in our application—if we can convince them to visit at all.

We can’t assume that users have the time (or the inclination) to figure out how our application works.

Designing for touch devices requires a shift in our thinking. Many of the techniques we’ve been used to employing no longer work, or at least don’t quite work as we’d like. The most obvious of these is hover:

Elements that rely only on mousemove, mouseover, mouseout, or the CSS pseudo-class :hover may not always behave as expected on a touch-screen device such as iPad or iPhone. —From Apple’s “Preparing Your Web Content for iPad” guide

Hovering as an interaction model permeates the Web. We’re used to our mouse movements triggering changes to a page on hover: different colors or states for links, revealing drop-down navigation, and showing actionable items, to name a few. And as designers, we’ve readily embraced the possibilities that the hover state gives us. Most touch-based operating systems will do some work behind the scenes to try to ensure the interface deals with hover states in a non-catastrophic way, but we are going to have to start changing our habits. For example, in lieu of a hover state, consider:

We might lose a little flair, but we’ll gain clarity of interface.

There’s no escaping that designing for mobile means designing for small screens. Mobile devices have displays that are significantly smaller—both in terms of physical size and resolution—than their desktop counterparts. This is an opportunity to be embraced.

Still, finding the right balance between information and interface to display on a small screen is a tricky problem. Too much detail and our interface will become cluttered and confusing. Too little and our users will have to work to find the information they need. This doesn’t necessarily mean reducing content; it means reducing clutter.

In other words, don’t be afraid of making an interface information-rich. A carefully designed interface can hold a wealth of information and communicate it effectively. Hiding information behind interaction may be the path of least resistance, but it’s not necessarily the path we should take. People use their mobile devices to complete tasks or seek out information: they want to find out when the movie is playing, when the next train will arrive, or where the nearest café is. They would prefer not to spend hours exploring a sparse and delicately balanced interface. We want to give as much information as we can to our users without overwhelming them.

Simplifying the interface is really about reducing the cognitive burden we’re placing on our users. This is essentially the overriding principle behind Fitts’s Law. For the uninitiated, Fitts’s Law is a model of interaction that’s become a fundamental when understanding user interface design. It states that the time to acquire a target—like say, moving a mouse over a button—is a function of the distance to and the size of the target. Simply put, the larger an item is and the closer it is to your cursor, the easier it is to click on.

A classic example of adapting to this principle is the menu bar in Mac OS X. It’s a small target that’s usually a fair distance from where your cursor normally sits; yet this is counterbalanced by placing the menu against the top of the screen, preventing users from overshooting the target. Being on the edge effectively gives the menu bar infinite height, resulting in fewer errors by the users, who reach their targets faster. For a touch screen, however, Fitt’s Law has to be applied differently: our users aren’t tied to the position of their mouse, so the origin of their movements is simply the default position of their fingers or thumbs. That position varies a lot on the device and its orientation; for example, with a mobile device, you might use the index finger of one hand or the thumbs of both hands.

Here’s an example of this issue in a real application. Infinity Blade is an immensely popular game for iOS. It’s available on both the iPhone and iPad, and uses the same interface for both devices. The game is played with the device in landscape mode, and the controls are anchored to the bottom of the screen (where your thumbs are), as you can see in Figure 2.1, “Infinity Blade on the iPhone”. On the iPhone, the “cast-spell” button is in the middle of the screen, within reach of either thumb. Yet this feature is less effective when found in the larger form of the iPad. The “cast-spell” button is still in the middle of the screen, but no longer within reach of our default hand position. 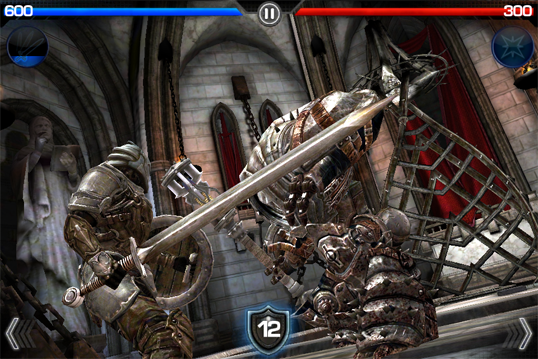 Figure 2.1. Infinity Blade on the iPhone

This is just one example, but it should serve to illustrate the importance of considering how your interface will be used on a real device. You need to think beyond “point-and-click”!

Why Does it Matter?

Estimates put the combined number of smartphones and other browser-equipped phones at around 1.82 billion by 2013, compared to 1.78 billion PCs. Reliable stats on mobile browser usage are notoriously difficult to find, but regardless of the source, the trend is clear. According to StatCounter, the mobile share of overall web browsing is currently sitting at 4.36%, and while that figure may seem small, bear in mind that’s a whopping 430% increase over the last two years. And this is just the very beginning of mobile browsing. We’re never going to spend less time on our phones and other mobile devices than we do now. Inevitably, more powerful mobile devices and ubiquitous internet access will become the norm. And the context in which those devices are used will change rapidly. The likelihood of our potential customers being on mobile devices is higher and higher. We ignore the mobile web at our peril.

Stay tuned for our next exclusive look into Build Mobile Websites for Apps for Smart Devices, Standing on the Shoulders of Giants. There will also be an advanced giveaway on the BuildMobile Facebook page this Friday!

Meet the author
Max Wheeler
An interaction designer, Max Wheeler believes interactive media should function as beautifully as it looks. He currently resides in Canberra, Australia, where he works with Icelab, a media-agnostic design agency filled with nice, well-caffeinated people. Aside from client work, Icelab's projects include the community-oriented Decaf Sucks and real estate startup RentMonkey. When Max is not designing or building things for the Web, he takes photographs, travels the world, plays Ultimate frisbee for Australia, and drinks twice the daily recommended intake of espresso. On occasion, he's been known to drop in at Web Directions South to speak about building mobile web applications.