Thanks to Matthew Wilkin for kindly helping to peer review this article.

In this article, you’ll learn about Heroku and how to deploy your web application to it.

If you’ve never heard of it, Heroku is a managed server platform for quickly deploying web applications. It automatically provisions server resources for you, and deployment is as easy as a git push to your app’s repository on Heroku. Best of all, you can deploy your app for free (provided it doesn’t get too much traffic), which makes getting started free and easy.

If you have a lot of traffic, Heroku can get a bit pricy; each node (or dyno, as they call them) will cost you $25 or more per month, and adding features like databases will increase that a bit. That said, it’s a heck of a lot cheaper than hiring a devops team to deliver the stability and ease-of-use that Heroku offers.

If you want to follow along from here, you’ll need to make sure you have a few things handy.

If you already have something ready to go, skip the next section and go straight to Creating a Heroku Project.

To assemble this example project, you’re going to need pip (which is good to have handy for any Python development anyhow). We’ll be using a Python project written using Flask, a web microframework for Python, but you can mostly follow along with any project (it should be obvious which parts are language-specific and how to adjust them).

If you have something ready, skip ahead to the next section. If you need a project, set up a project folder as follows (you don’t have to call it myproject):

After that, make sure everything is working by running python app.py and navigating to http://localhost:5000/. If all went well, you should see index.html rendered there.

Here comes the easiest thing in the world. Open a terminal, cd to your project directory, and run the following commands (skip the git one if you already have git in your project):

With this command, Heroku:

We’re just about ready to deploy, but it’s good to know what’s about to happen first. Let’s learn a bit more about how Heroku can know what to do with your code — and how to make sure it’s satisfied.

An Aside on Buildpacks (or, how Heroku Recognizes Your Project)

Heroku projects are managed by buildpacks, which are in essence instructions for fetching dependencies, building and running your project. There are officially supported buildpacks for Node.js, Ruby, Java, Clojure, Scala, PHP, Python, and Go. You won’t need to tell Heroku what you’re using for these; instead, Heroku will guess what the project is, based on some conventions and heuristics regarding dependency management. For example, a requirements.txt file in your project directory, as exists in the example project above, indicates a Python project. Here are the dependency files that Heroku will use to automatically detect your platform for other platforms:

If you’re using a different language, or using a different build tool for one of these languages, you can also use a third-party buildpack. Heroku maintains an extensive directory of these, so check there before giving up on your preferred language. You can set the buildpack using the git repository URL; for example, to use Upworthy’s Clojure Boot buildpack, you could run this command in your project directory:

You might even find an unlisted buildpack on Github — just check around to make sure it’s safe to use!

Setting up Your Procfile

Everything we need is in place, except for one component. Heroku uses a file called Procfile to tell it what it should be running. For your getting started project, you’ll probably just want to specify a web process, but you can also specify worker jobs.

Since we run our app with python app.py, we will put the following in our Procfile:

(Later, you might want to use something more performant; you can use Gunicorn by adding it to your requirements.txt and replacing your Procfile contents with web: gunicorn app:app -b 0.0.0.0:$PORT).

Add Procfile to your repository:

Then, use git push to deploy to Heroku

Your app should be deployed on Heroku. Navigate to the URL that Heroku tells you, and you should see your home page.

That’s it. That’s the whole article. That’s your life with Heroku now; just push your commits and they get deployed immediately. How crazy is that?!

Just in case you’re not satisfied, here’s some assorted things you might want to do with the heroku command:

You can also manage most of these from Heroku’s dashboard, if you prefer. 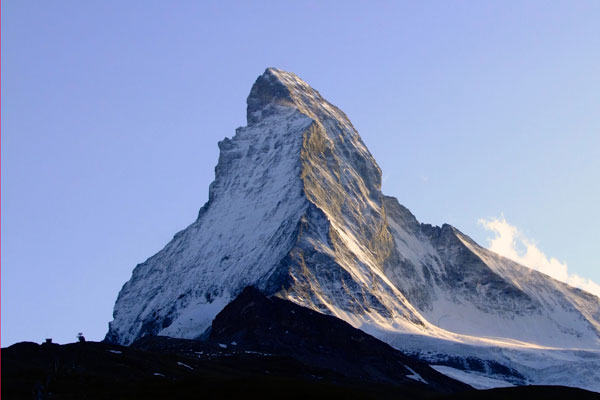