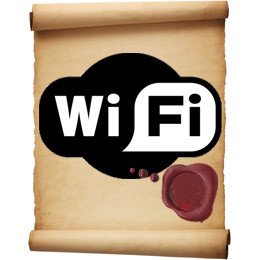 Did you know that the 802.11 a, g and n wireless networking protocols were patented technologies? I suspect many hardware vendors do not yet realize the implications.

In 2007, the Australian Government-funded research organization CSIRO (Commonwealth Scientific and Research Organisation) won a legal case against Japanese networking manufacturer Buffalo Technologies. The US Federal Court ruled that Buffalo had infringed US patent 5487069 which was granted to CSIRO in 1996 and covered the “exchange of large amounts of information wirelessly at high speed, within environments such as offices and homes”.

CSIRO set out to encourage the industry to take licenses for the use of its patented technology. When that did not prove successful, we initiated legal proceedings which then led to proceedings being initiated against CSIRO.

The result earlier this year was that 14 companies settled with CSIRO under confidential terms. The revenue arising from these settlements to date is approximately $A200 million.

It appears that CSIRO have a tight legal case, but should they be able patent wireless networking as a general concept? Ultimately, is it just the lawyers who win in these cases?