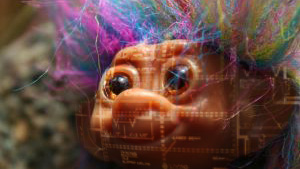 A company called Webvention says that sites with rollover images and …

“Dear website owner, congratulations on your excellent site, which includes features covered by our registered patent, #5,251,294. As the description indicates, many of the components on your pages, particularly your menus, rollover images, and shortcuts, are detailed in our claim. We would be delighted to lease these to you at a reasonable royalty rate of $80,000. Please call our offices at your convenience to arrange a payment schedule.”

The firm’s site claims that it has made licensing deals with Apple, Google, Nokia, Sears, Sony and Orbitz.

Even if their patent does cover rollover images which we use for menus and other means, can they really enforce it? 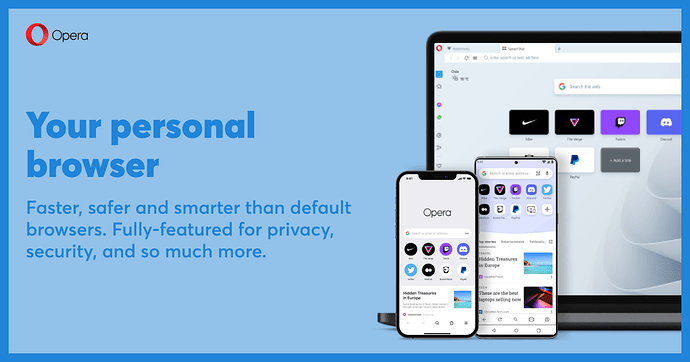 Want to be the first to test the newest browser features? Upgrade your browser with Opera beta and Opera developer releases. Download at opera.com.

An option has now been added to have plug-ins such as Flash content load only when clicked on. This is especially helpful for speeding up browsing on computers that have difficulty handling lots of plug-in content. Simply check the “Enable plug-ins only on demand” box in Preferences → Advanced.

Yeah, I have to call bull on that too – IE was the only one affected, I remember people joking about Opera being a Norwegian company basically told the American patent holder where to shove it.

You know, like the joke about Barnes and Noble’s response to the one-click patent.
http://ars.userfriendly.org/cartoons/?id=19991024

I don’t want to be rude so I’m just going to suggest you go back and do some more research, awasson. I can find plenty of examples with browsers other than Ie being affected, so I’m sure you will to if you take a look.

I was quite aware during the course of the patent/lawsuit and recall when my browser was updated with the click patch. I was also surprised that my other browsers weren’t affected which lead me to information about the patent, particularly that the patent did (explicitly) not affect open source browsers that are available for free.

This article from 2006 quotes the patent holder discussing the reason why other browsers aren’t affected.

I don’t want to be rude so I’m just going to suggest you go back and do some more research, awasson. I can find plenty of examples with browsers other than Ie being affected, so I’m sure you will to if you take a look.

Microsoft was the first (and possibly only) browser maker to pay the licensing fee. If you were remembering it right, you’d remember that all browser makers, not just Microsoft, had to scramble to release “click to activate” updates for their browsers when the patent was deemed valid.

There are still sites even today, that are affected by that click to activate stuff. At least once a week I come across something I have to click twice and I don’t even use Internet Explorer for sites other than my own.

Yeah, I do remember it quite well… There was no scramble from the others because the Eolas patent only affects proprietary browsers. IE was clearly in their sights but the others being open source (even Safari) were safe from legal action.

IMO the Eolas patent is an example of something that shouldn’t have been patented and I’m also surprised that MS didn’t mount a better defense with prior art. If they had put a call out for prior art the way that has been done via Groklaw on several occasions, they may have found better examples. For instance, Ray Ozzie claims Lotus Notes (which he created) used the same methods as described in the patent prior to the granting of the Eolas patent. That should have rendered that patent invalid. Unfortunately, the prior art they brought to the table’s date couldn’t be established and the judge prevented it from being used in the trial. In the end they had to pay more than half a billion dollars.

Actually you got that backwards… That was the Eolas patent and Microsoft IE was the only one who got hit by it. As I recall it was related to how IE activates Flash via Activex. At any rate I think they were hit with $500 Million in damages after the dust settled. IE was the only browser I recall that you had to click to get Flash to work on if you didn’t include the Javascript workaround.

Microsoft was the first (and possibly only) browser maker to pay the licensing fee. If you were remembering it right, you’d remember that all browser makers, not just Microsoft, had to scramble to release “click to activate” updates for their browsers when the patent was deemed valid.

There are still sites even today, that are affected by that click to activate stuff. At least once a week I come across something I have to click twice and I don’t even use Internet Explorer for sites other than my own.

Why stop there? Hold the makers of C++ responsible for the breach, as their code makes the browser possible.

Yeah, it wouldn’t be the browser. They implement a set of things. What you do with them is up to you. For example, you could say implementing :hover violates the patent, but there are many things you can do with :hover that don’t.

It’s almost like saying that since you could implement something in C++ that is patented, it’s C++'s fault.

[EDIT]: That’s exactly what I was thinking. Following that logic, they may as well target anything that relates to making a computer actually work.

Prototype… For that patent… That’s a good one :goof:

I still say the browser is safe because without the HTML/CSS/JavaScript formed as a the web page, there are no menus, or system to infringe. An empty browser has nothing to show.

Anyway, this patent isn’t about the browser… It’s about information systems and a form of hierarchical menus that the holder of the patent is targeting website’s with.

An obvious course of action for anyone threatened with a breach of a patent is to ask to have an independent third party do a comparison between their implementation and the prototype that forms the basis for the patent in order to determine whether they are similar enough in the way they work for there to be an issue. Of course most patent holders refuse such a request because they know that any such comparison will show that they are different enough for the patent to not apply.

Well the problem is any one can FILE a CLAIM for a patent. When people start to confuse a DESIRE with an IDEA, at the very least it can catastrophically clog the system.

This a technical forum 99% of us can tell the difference. Even in an artistic forum most people will be able to understand the TRUE concept of intellectual property. But both disciplines combine still only make up a sliver of the general pop. A population that has started confusing a desire or need with a solution. which is what I was trying to say earlier.

The people in my example would claim they invented the car, even though they knew nothing of physics, chemistry or mechanics… because they felt there should be carriages with out horses… way before Gottlieb Daimler and Wilhelm Maybach. (who technically only invented an IMPROVED coach utilizing gasoline).

So, what are the chances of this having an impact on the Internet similar to the patent that forced everyone but Microsoft (since they purchased a license) to force users to click Flash objects before they could interact with them ?

I don’t understand why they’re going after individual websites. I’d be going after browser makers if I were them.

See “The SCO Group” post-Caldera… sad fate for a company that started out inheriting a legitimate anti-trust suit from… Novell (who inherited it from Digital).

I watched that whole thing unfold (via GrokLaw) from the beginning up until some time in 2008 when it became apparent that SCO was legally neutered and financial ruined. I wonder how their investors feel.

It was a pretty disgusting display of greed and power mongering. They really wanted to anyone ransom for using an operating system that they claimed used their copyrighted code but it was based on a hunch and they wouldn’t provide any proof of infringement. Disgusting yet some of the victims actually paid.

I sure would have like to have been there when the courts declared that SCO didn’t own the actual rights to the Unix codebase and that Novell still held them. That would have been a great day

Makes you wonder about the intelligence of whoever was responsible for issuing that patent.

Look at the wording of this one – it’s sufficiently vague it could mean anything, so you can’t check prior art on it until they use the patent against someone – therein defining it…

One ‘cute’ detail of patents, if you keep it completely vague you can interpret it however you like and many companies will give you $$$ to go away instead. For many smaller companies they don’t have the deep pockets to drag it through the courts. It’s the cornerstone of how patent trolls operate… especially companies who never actually developed anything and just buy up the rights to things TO sue companies for revenue. See “The SCO Group” post-Caldera… sad fate for a company that started out inheriting a legitimate anti-trust suit from… Novell (who inherited it from Digital).

Part of why I always liked Novell – they’ve been around the bend a dozen times with patent trolls and will drag it the whole way through the legal system to squash them.

or are the honest ones female

Q: How can you tell when a lawyer is lying?
A: His lips are moving.

Nothing worse then a lawyer.

I think this is in the wrong forum Paul, but that is besides the point. I get why we have patents on drugs, and stuff like that. When it comes to stuff like this, it gets gray, and down right stupid. This goes aloing with the Microsoft owning a patent on white space…