One month ago, we started the annual SitePoint framework popularity survey. Now that the month has expired, it’s time to look at the results and to distribute the prizes. The response was a whopping ~7800 entries, far more than any other survey we’ve held so far, and even after filtering out invalid entries we end up with a formidable number of valid participants.

First things first, as promised, here is the entire result set for your perusal: download. Do with it as you please – if you come up with some interesting graphs, please do share them with us! Read the “Data” paragraph below for some more details on the downloadable files.

The Most Popular Framework of 2015

To view the full screen versions of all plots below, just click on them. They open in new tabs.

I was expecting this result as it was a biased survey. Most of the frameworks are mentioned as separate for each of the version. But laravel is combined to one. Divide laravels’ result by 5 and then compare to others.

By what logic would you go and divide Laravel by 5 to get fairness?

Anyway, like I said in the text of the above post, even if you sum up the versions of the other frameworks, Laravel still wins. The data is available for download - if you think you can extrapolate different proofs from it, please, by all means. I would love to take a look at different takes on the same dataset.

There is not much difference from Laravel 4 to Laravel 5. They are almost compatible. Taylor only changed folder structure and added new things. You also could use Laravel 5 folders structure before.

Ok, Laravel 4 and 5 can be combined to one. But how about other versions? Why they are combined? Are they all minor versions and fully backward compatible?

To compare with other frameworks both approach can be done:

But none of the way could be the best solution.

Why I prefer #1:
See the data(personal). Difference between 1st and 2nd is huge, literally double; where the difference between others are not that much. Even you sum other frameworks version still it will make that much difference, because not all framework have different versions. After going thorough the data I estimate recent laravel version could get votes between 800 - 1150, not more than that (if there are 4 different version mentioned separately).

By “most of the frameworks” you mean 3 out of 20? Also … can’t speak for all of those splits, but Zend1 and 2 are completely different frameworks, there’s no way you can count them as one (just like you can’t count Doctrine 1 and 2 as one ORM). I completely support their approach.

Of course the results are skewed by the, let’s say, loyality factor, where not only its quality or general popularity, but how much the community hyped itself into voting was important. Interesting would be results without votes with only 1 or 2 frameworks mentioned, keeping only people that tried more of them. Even that wouldn’t tell us which one is “best” (which is a vague and subjective measure anyway), but at least for comparison.

I understand the logic in splitting frameworks with completely different cores, but my beef with it is not only whether a particular framework would have overtaken laravel. look at Yii2, a framework that got even more votes than its predecessor even though it was just released for production site within the last year. If the two have been combined to just Yii, how much more would it have looked like one of the top frameworks, instead of just another also ran? And how much more prominent would Yii have been in the top five brackets that were included in the article?

Its not good to go with any surveys. Many developers are busy with development and not visiting sitepoint at all to vote. Laravel is famous more because of using RIP Codeigniter slogan but Codeigniter will continue and gain better momentum. Yes its popular but your survey definitely looks biased.

Yes its popular but your survey definitely looks biased.

And how much more prominent would Yii have been in the top five brackets that were included in the article?

I see your point. But honestly, logically, Laravel 4 and 5 are almost identical except for some structure and syntax changes, whereas Yii1 and Yii2 are quite different and wider apart, time-wise. But okay, since most people’s gripe seems to be the version split, I’ll make a graph that includes the version merge, too. Keep in mind, though, that Symfony, Zend, and others will be boosted then, too - some people manually input Symfony 1.x, others are still stuck on ZF1 which has a big userbase because it was one of the first. Merges won’t do much to push Yii into the spotlight, if that’s what you’re hoping for.

Hey where is my vote? Have you filtered it down? Me from Uzbekistan - voted for Yii2, but I dont see it in the list.
I think you should have held the survey for some long to get more appropriate results, because many people were not aware of it.
The results were expected to be like this except the Nette framework that appeared to be the third I definitely think somebody has faked its rating, I am hearing about this framework the first time. Even there isnt any Nette framework in the top 50 list of most starred frameworks of github. It has only 900+ stars.
Phalcon almost got to the end, while previos year it was almost on the top. CakePHP also has got far a lot. That is too strange.

I am both unsurprised and surprised to see the outcome.

I am kind of expecting to see Laravel becoming No 1 and SF2 following. It is OK, if you consider Laravel is also rooted in SF2, this is saying SF2 is dominating. Haha.

I am surprised, or rather disappointed when seeing no China votes. Sob.

Kind of “glad” to see Phalcon is falling out. “Easy to install” is also a critical issue for popularity. People tend to “composer” everything instead of tweaking here and there with no confidence level that it will work. That is also why I am not in favor of what PHP channel is doing: building an “out of the box” box as it may be good for testing but in real world, there is no such thing as “out of the box”: everybody’s production environment IS different.

This will bring a framework like Phalcon in a great disadvantage as it requires a lot more setup work than other “composer” ready frameworks.

Documentation is of utmost importance. But more importantly, like what SF1 had done before, is a step-by-step tutorial (they called it Jobeet). SF2 and Laravel still have a lot to improve in this respect.

And a side note to the comments saying that the survey is biased. Well, as a matter of fact, any survey is biased unless you can get ALL the votes in a reasonably short time from all the programmers. I can safely argue that as China data is not there, a Chinese framework is actually more dominant (in China) and should surpass Laravel by leaps.

I definitely think somebody has faked its rating,

I’ve manually checked every Nette entry. They look as real as anything else.

I think a month is more than enough.

Hey where is my vote? Have you filtered it down?

Not sure. What email did you use? Let me know in a private message or via bruno.skvorc@sitepoint.com

if you consider Laravel is also rooted in SF2, this is saying SF2 is dominating. Haha.

I am surprised, or rather disappointed when seeing no China votes. Sob.

Yeah, that is a little weird.

Kind of “glad” to see Phalcon is falling out.

as it requires a lot more setup work than other “composer” ready frameworks.

But it doesn’t, really. It’ three to four lines of code, and with the upcoming Pickle extension manager, it’ll be even faster - identical to Composer.

I definitely think somebody has faked its rating, I am hearing about this framework the first time

It’s so sad you have the need to throw groundless accusations at Nette only because people from the community were active and voted for it. Nobody fiddled with the charts, all votes came from happy people who use Nette, myself included.

I will be happy to see Phalcon installation gets simpler.

I appreciate your way of thinking that Laravel is one of the best and future PHP based framework. I totally agree with you. I have one academic paper on it. Just want to add with your article. Perhaps it will help you too for further thinking. The link is below- 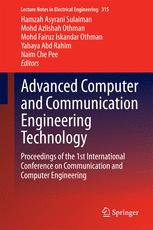 An Empirical Study of the Evolution of PHP MVC Framework

Nice survey result, but the title misleads too much. No where I found in the result that concludes “Best Framework”. It should be “Most Popular” or “Most Favorite” or maybe (from explanation in “On Success” section) the title should be “The Best Marketed Framework” :roll_eyes

That would, perhaps, be the most accurate title, yes : )

Thanks for the feedback

I can’t open either of those links. Any chance you would be able to fork the framework and show us? Have you tried it? What do you think?

I can’t open either of those links. Any chance you would be able to fork the framework and show us? Have you tried it? What do you think?

I don’t use ThinkPHP myself. Noticed there is a link below.