The notion of using a mobile phone in an emergency situation is nothing new. With an increase in technology adoption, developers have begun creating mobile phone apps which aim to target particular types of crime. This includes street based harassment of women and domestic violence. In the first of a series about apps that help in the fight against crime, this installment takes a critical look at some of the apps targeting violence against women across the world.

There are many apps which are targeted at women in situations where they are feeling threatened or unsafe, particularly at night. 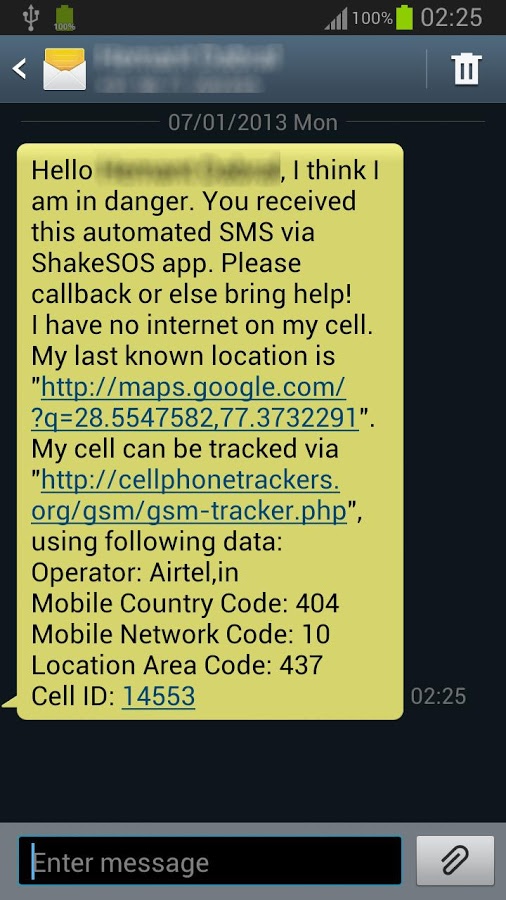 Created in response to a case in New Delhi, India in 2012 where a young woman was gang-raped and brutally assaulted by six men on a moving bus, ShakeSOS enables the user to shake their mobile phone to instantly and securely share their location and a custom message to family and friends. GPS and Internet connectivity is not required and a personalized message prepared in advance is sent to different friends or family.

Perhaps the strangest thing about this app is that it does not provide a connection to emergency services. I don't know about your family and friends, but I'm not sure how useful mine would be in a critical situation.

This is not the only example from India, there are several others. Fightback ramps things up by using a range of tools including GPS, SMS, email and Facebook to inform loved ones in case of danger. It's advantages are that it has zero latency and one-button access. After the user presses the push button, an SOS is triggered. The alert takes 5 seconds before being fired (giving user a chance to cancel it in case of accidental push).

In a real situation the application sends SOSs to a server and starts recording surrounding voices. Information is displayed to a crisis management center and messages are sent to the user's configured contacts with her location. The server can push this alert to the user's Facebook wall (provided she has given it permission). An agent will reach out to the user to get more details on the incident and contact Police/Ambulance as appropriate.

Can family and friends be crime fighters?

What I find interesting about these apps is that they focus on the idea of 'at risk' situations being outside the home when a woman is alone. Most crimes against women occur in the home and are perpetrated by offenders known to the victim. It is statistically young men who are most likely to be a focus of street based crime.

My mind can't help conjuring up scenarios where Facebook and email alerts result in mass hysteria amongst a woman's peers and family, resulting in ineffectual actions of relatives and friends (who are presumably not trained in emergency response scenarios). Or worse, vigilante justice scenarios rather than direct engagement with emergency professionals. The use of GPS seems to focus on the notion that women's mobility needs to be controlled and monitored, particularly by friends and family. I can't help wondering how difficult it would be to use such tools to track a woman's movements by the wrong people.

Creating a strategy against street based harassment

It's easy to explain away the efforts (however misguided) of both apps to prevent violent crimes against women. I've read some accounts which question whether such apps would be more effective if they were created by women for women, for example Linda Rafter asks:

The reality (in my opinion) is that violence against women affects everyone and there are plenty of female created safety apps. For example, Hollaback aims to respond to street based harassment against women and the LBGT community. Started in New York and part of a bigger ongoing movement, they released free iPhone and Android apps that provide a real time response to street harassment and illustrate the locations of the harassment on Hollaback's publicly available map. The apps are available worldwide, in 9 different languages and have so far resulted in over 7,000 reports of harassment. Incidents are mapped and used to educate policymakers about the prevalence of harassment in their districts and inform research and community based solutions. The program has been extended to college campuses in the US. 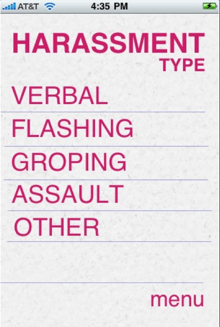 The UK's Freedom Charity has developed an app in response to situations affecting young people. These include Forced Marriage, dishonor based violence and genital mutilation. The app is designed to look like a game so as not to arouse suspicion from parents and to make it attractive to use. However, it carries serious information, listing the warning signs to look out for in cases of Forced Marriage and dishonor-based violence, helping potential victims, their friends, teachers and other professionals to assess whether an individual might be at risk. At the touch of a button the user can be taken straight through to emergency services and helplines. 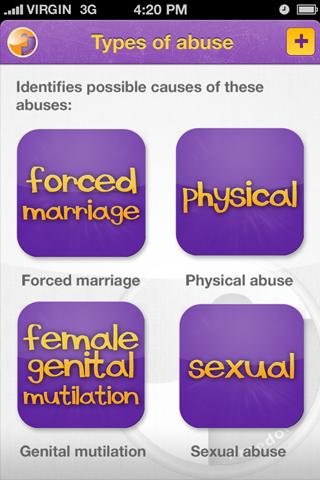 The efficacy of any mobile phone app to respond to violence against women, means that they must be accessible. Women in domestic violence relationships commonly have their social media and mobile phones monitored by the perpetrator. It can be difficult to access a mobile phone during a situation of physical attack. Further, they must be part of a bigger systemic effort. There is no point contacting others if the response to the unsafe situation or crime is ineffectual or results in putting even more lives at risk (such as in a possible vigilante justice scenario).

An app created in conjunction with women's organizations, local community based initiatives and emergency service professionals is most likely to result in reducing violence against women.

I would love to hear your opinions on the subject. 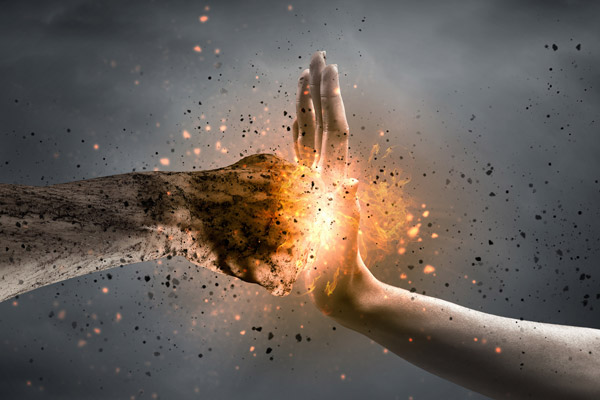 What Is Link Rot and How to Prevent ItAlyssa Gregory