Growing a Business Is About the Customer, Not the Product

Gary Tramer is the co-founder of successful sales engine enterprises SearchWords and LeadChat, and most recently PoweredLocal, a wireless marketing and data analysis automation system. As an expert in sales, lead generation and conversion maximization, Gary is the perfect person to talk to about how businesses create and grow customer bases.

You Should Never Build a Product Before You Sell It

The first thing most people think about when launching a new enterprise is what they’ll be selling, but what they should really be focusing on is who they’ll be selling to. Although your product is important, no matter how good it is, if people aren’t interest in buying it, then your business is likely going to struggle.

When Gary Tramer first became an entrepreneur, the term “start-up” hadn’t even been popularized yet. All he had to rely on for launching a business were past models, all of which told him that a business plan and a well-developed product were the ways to achieve success.

But after spending over $200,000 on development and none on marketing, all Gary and his business partner had achieved was an amazing product that nobody has ever used. The lesson learned was painful but important: never build something before you sell it.

But that doesn’t mean you should give up either.

The hardest part of starting a new business is figuring out why people should care and, more importantly, why they would want to spend their money on it.

Using his personal experience as a door-to-door salesperson, Gary began his first successful enterprise, SearchWords, by signing clients up to SEO packages before he had even created an operating team — testing the product’s viability long before it ever existed.

After three months he had gained over 600 clients that had paid upfront, and three years later that client base had grown to over 6000.

But Gary and his partners soon had a “mass realization” that trying to sell something that directly competed with giant companies like Google probably wasn’t going to work in the long run.

They decided to dig a little deeper, and discovered that one of the main operating issues for SearchWords was converting website visits into actual purchases. And after building a solid client base first, they created a second successful business (LeadChat) out of fixing that problem for people.

Then they did it again by identifying a problem with the LeadChat model — but this time for an ecommerce business.

People asked us “What’s the secret to making ecommerce work?”, and the secret was that Facebook allowed us to target people quite uniquely … We also had an email database that we were growing [so] that we could re-market to people, and we knew everyone visiting the website by using web cookies.

This experience taught Gary Tramer something fundamental about what a successful business looks like. You need customers, but you also need to know them – and collecting data is the best way to achieve that.

If I was teaching a younger me today how to do sales, I would say “Step one: you have to figure out who your ideal customer base is.” 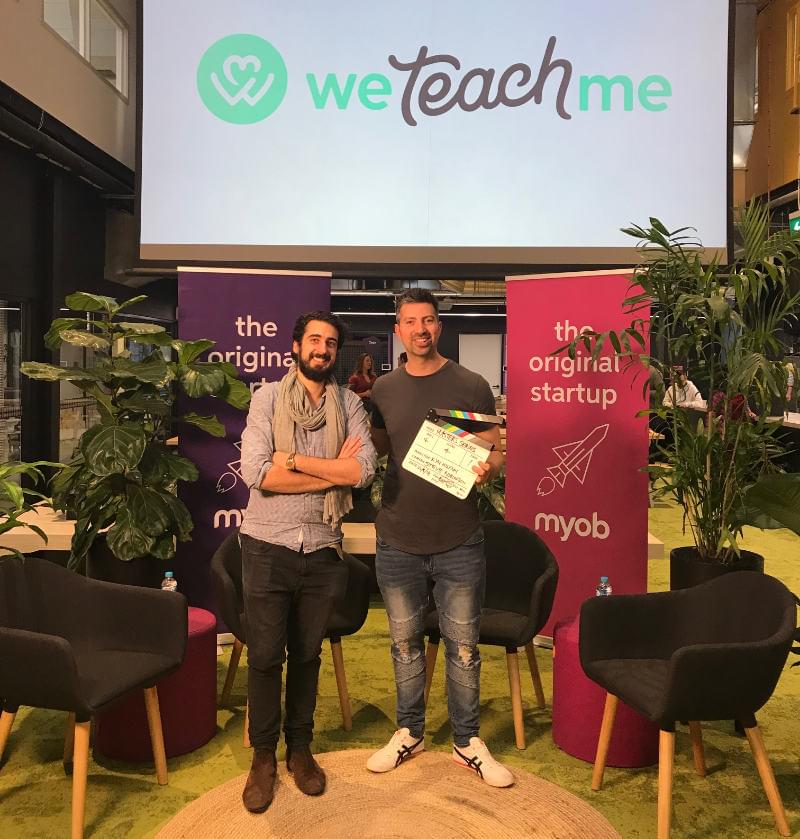 But how do you gain this knowledge?

By using insight tools like SimilarTech to find out everything about your customers, from their geography to their job to their gender, and reverse engineering that information to discover the common thread between those people. That common thread is a target customer profile.

And once you know who your target customers are, you can begin selling to them.

To learn more about building your customer base with data and insight tools, watch Gary Tramer’s WeTeachMe’s Masters Series chat.

Meet the author
Eleanor Scott
Eleanor Scott is a Melbourne-based writer, editor and content strategist. With over five years of experience, she has worked with many publications and brands to help them tell important stories and connect with their audience. Visit her website at eleanorscott.com.au.