Build Your Own Atom Theme with CSS 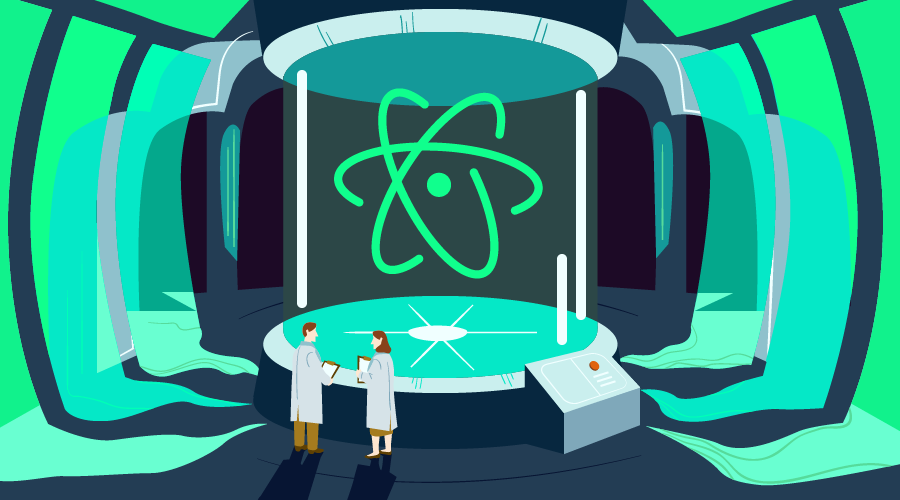 Atom describes itself as a “hackable text editor for the 21st century“. It has become the go-to text editor for thousands of developers all over the world and is very easy to extend and customize. Developers share new features with the Atom community by publishing packages and themes. After reading this article, you can publish your own Atom syntax theme – a great first step in hacking Atom!

What is a Syntax Theme?

A syntax theme lets you style the text/code area in the editor. An interface theme, on the other hand, allows you to style all other aspects of the Atom text editor (like the sidebar, status bar, tabs and so on). We’ll restrict ourselves to writing a syntax theme. This article only assumes a working knowledge of CSS.

So what do you need to get started? You just need to download the Atom text editor, and you’re good to go! Atom uses Less, which is a superset of CSS with some nifty features like variables which we’ll learn as we go along.

There was a time when writing a syntax theme meant a lot of work. Today, there’s an excellent auto-generate feature built right into Atom.

Atom will prompt you for a location to save the package. You can save it anywhere you like.

Atom will open up the generated package as a project that you can start editing. Atom recommends that the package name ends with -syntax, and it’s best practice to use a lower case hyphen separated name. I’m going to name my package blue-everywhere-syntax and well, turn up the blue.

The auto-generated package has been laid out carefully so that it is very easy to edit.

Show Me The Code

So let’s dive right in. Without getting into the details, it’s useful to know that Atom’s rendering engine is basically Chrome under the hood (check out Electron if you want to understand how it all works). That’s why we can style it using good old CSS. But since the folks who built Atom wanted to make use of some convenient features like variables and nested imports, they chose to use Less. Not to worry, because we only need a couple of Less features and I’ve laid them out for you in the article!

Since Atom uses Chromium, all you need to do to see your changes reflect in your editor is, you guessed it, reload! You can reload Atom using Cmd + Alt + Ctrl + L or View > Developer > Reload. Let’s go to Atom Settings (Cmd + ,) > Themes and set our editor’s syntax theme to the new theme that we just created.

Open the colors.less file (style > colors.less). You can see a variable called @very-dark-gray, whose value is set to #1d1f21.

Let’s change this to a dark blue instead #1d1f33. Now reload atom (Cmd + Alt + Ctrl + L or View > Developer > Reload). Boom! The background of the text area should have changed.

Our theme colors.less file after the change

Let’s take a deeper look at these less files. index.less imports base.less. If we open up base.less, we see that it’s quite similar to CSS. We can see that the theme is using some Less features like variables. Variables are easy to spot, since they begin with an @ symbol.

For now, let’s focus on the editor’s background color. The color is defined in the first few lines.

How you organize variables between stylesheets is a matter of taste. Atom is suggesting through it’s auto-generated template that you group together items which ought to have the same colors using syntax variables in base.less and then assign a color to each of these variables in syntax-variables.less. But you can see that this is more for our convenience, and in many cases, colors are also directly defined in base.less. Armed with this information, it should be fairly easy to change up the colors in your new theme! Experiment with an entirely new palette and view the results by reloading your Atom window.

But what if we want to change the styling for very specific cases? Apart from variables and imports, there are a couple of other Less features that we will find useful in reading and modifying our stylesheets. You can skip the next two subsections if you’re already comfortable with using Less.

Less supports nested styles. How do they work?

Let’s say we wanted all the <a> tags inside .red-block to be red, but not the ones outside. We would write the Less stylesheet this way:

This is the same as:

The auto-generated stylesheets use nested styles extensively, since this ensures that related styles appear together.

The & operator is best explained with an example.

This is the same as:

As you can see, & is shorthand for the parent selector. It’s used quite frequently in base.less and now we know how it works.

Reload the page and all the variable names (which start with an @), should now be blue. And hovering on one should result in an underline!

Now let us also turn the current line number blue so that it catches our eye. If you read through base.less, you’ll find a section called .gutter, inside which we can style .line-number.

We then use this color in base.less. You might’ve noticed that there are two cursor-line classes in the stylesheet – .cursor-line-no-selection and .cursor-line. Now if some text is selected in a line, we can make the line number stand out even more by making it lighter. Less has a nifty lighten function which enables us to do this easily.

Our new theme for the current line number!

Through a series of simple examples and a working knowledge of CSS, we’ve created a brand new syntax theme for Atom. You can keep improving your Atom theme, and if you like what you’ve built, you can share it with the world using the Atom Package Manager (APM). Happy hacking! Please share the themes that you create in the comments.

Here’s a list of resources that you can use to dig deeper into some of the ideas introduced in this tutorial -:

Meet the author
Sanjay Guruprasad
Sanjay loves architecting systems and runs the web and mobile team at Softrade. He also likes to hack on tiny visualization and machine learning projects. You can learn more about him and his projects at sanjaypojo.com.