Younger generations have officially begun choosing to avoid or least maintain a low profile on Facebook and Twitter — for many years seen as the two most used and relevant social networks.

In fact, that might be the very reason they are choosing to avoid the giants of the social media world –everybody else is there, and both are saturated with targeted ads and irrelevant content.

So, where are those users headed now, and what are the key trends for social media in 2015?

There is a growing trend towards towards narrow-focussed, single-purposed social media apps — products that perform one task and one task only, but do that task very well. Often this single task isn't even a new idea — just a different take on the UI. 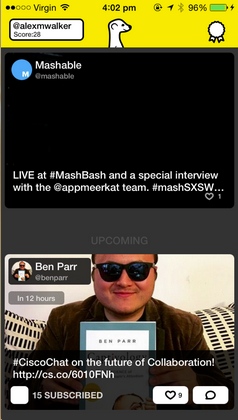 Similarly, social messaging apps such as Line or WeChat have been gaining momentum, especially in Asia, by offering one-to-one social communication, free from the crowded noise of traditional social networks.

Recently Meerkat has struck a chord by folding real-time video broadcasting into a Twitter-driven social experience.

After all, people rightly expect a single-purpose app or site to be extremely proficient at executing its one goal. After all, you'd be disappointed if your best kitchen knife didn’t outperform your pocket knife in the kitchen, right?

That means simplifying your design and making the basic functionality bulletproof is essential to success in such a venture. 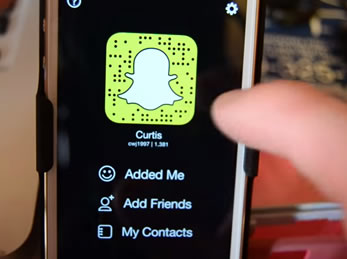 People are spoiled for choice for when it comes to social media platforms in 2015. You don't get second chances to impress users. That puts added pressure on web designers, especially when it comes to ease of use and intuitive design.

In 2015 users expect things to "just work" and generally aren't highly motivated to invest time to figure things out (perhaps we can thank Apple for promoting that concept).

Therefore, follow the K.I.S.S. principle and "keep it simple, stupid". Sleek, intuitive design, layouts, and navigation that allow users to quickly accomplish their goals are key.

This notion, of course, is far easier said than done. Conforming to minimal design practices with little to no variation can lead you to a cookie-cutter design, doing little for your content. Form should also serve function – if your business requires that you communicate the idea of offering lots of varied content, a overly simple design may communicate exactly the opposite.

That said, simple design and layouts are not popular without reason. Even a site with a lot of content should be as intuitive as possible in order to accommodate mobile and other users with limited resources. 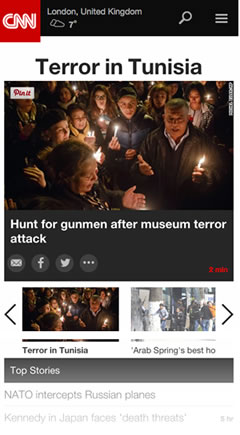 PayPal, for example, underwent a site resign last year, and while the site doesn't stray too far from the minimalist standard (large video background, flat design, etc.) for an old, trusted brand with a simple purpose, even a cookie cutter redesign can do a lot to maintain a sense of relevance.

On the other end of the spectrum, CNN's recent mobile-optimized redesign looks flat and trendy, but offers content in a multitude of different and differently-sized sections. In this case, they started with the right idea, but have ended up with something a little too complicated.

Selling directly on social media isn't a new thing, but it is becoming an increasingly mainstream activity. In the past, prospective buyers tended to be skeptical or wary of buying or selling via social media, but with the rise of "Generation C" (C = communication), it seems to be taking hold as a core method to do business.

Furthermore, with the growth of ecommerce platforms like Shopify and apps like Soldsie, white label selling on social media is easier than ever.

Plus the overall trust level of consumers regarding online buying and ecommerce has increased exponentially over the past few years, making social media selling a logical market progression. In 2015 you can buy something simply by tweeting or posting on Instagram!

If you are a web designer involved in anything related to ecommerce, you need to understand and get on this trend.

Despite everything that's been said and printed about the ‘millennial generation’ and their younger counterparts not being concerned about online privacy, they actually care more about online privacy and protecting their data (and their reputations) than other demographics. They also expect the same standards from the apps and social media sites they choose to use.

After all, Snapchat's $10-20 billion business model was built around the foundation that they don't archive and save data (text or images). It’s no accident that they've grown to become one of the most important and popular social networks with the younger demographic, and continue to grow more rapidly than the other longer-established social networks.

And we don't mean just Kickstarter or DonorsChoose. There are plenty of ways to get feedback, opinions, and more from the web at large; what's more, you can use your following to generate content and ideas for new campaigns as well.

Even better, if you can get the crowd to actively participate in your campaign by creating their own images, posts, and even videos, you've practically already won the game. Users who decide to engage with crowdsourced advertising have emotionally invested themselves in the brand involved already. 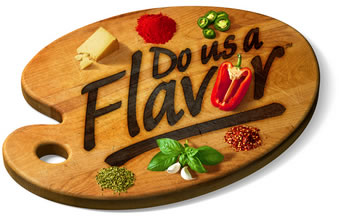 For example, consider Lays' crowdsourcing campaign. By giving consumers input into creating a new flavor–on top of naming a winner, they create content based on some of the more colorful ideas as well–contributors of all levels are invested in a large, corporate brand, due to the possibility of getting to see their content to fruition.

And Lays benefits by getting legwork out of this loyal crowd. Smaller businesses looking for a great way to build customer loyalty–more valuable than ever–can mimic this business model. It's a win/win.

Overall, the apps, brands, and companies that are the most successful on social media tend to focus on connecting and engaging with the user, not on advertising (at least not overtly). This is only going to become more vital in 2015 and the years to come. Users are beginning expect personal engagement, especially if they have a customer service issue.

This is why it is so essential to make sure that users have an easy to contact you–and make it public via social media, if possible. That provides the proof that you really do care about your customers, and you want to make sure that your design makes it possible to quickly and easily respond in a public way.

Responsive Design Is Here To Stay

With users accessing websites and apps from a variety of platforms and multiple "screens", sometimes all at the same time, there's absolutely no excuse for your digital creations not to function equally well across various devices, from smartphones to tablets to laptops or desktops and even smart TVs.

In the grand scheme of things, these new design trends are only the logical path towards an increasingly connected and more useful internet/social media realm.

And that's what is most important for designers and other internet marketing or digital advertising professionals — ensuring that your clients' audience(s) can access their site from their device or platform of choice at any given time or location.

Design Will Be Controlled By Analytics

It wasn't so long ago that it was the other way around, and analytics were a borderline afterthought. Now, design is informed by data – how users interact and engage with the site matters the most, not what art directors think is pretty. What's more, pooled analytics are most definitely a thing. The combination of knowing how, when, and where your audience connects with your content is the key to success in 2015, so naturally that will affect design as well.

So what other trends do you see as being key aspects of web design in 2015 and beyond?

What requests are you getting from your clients, and furthermore, how do you think you can improve their sites and social media presence?

Owen is a writer and multimedia enthusiast who has spent several years writing for publications both online and in print. He's based in Southern California, and is also versed in social media, mobile platforms and work productivity. On his free time, he enjoys attending EDM concerts, spending time with his children and looks forward to the Comic Con and E3 conventions every year