Dave Eggers' book, The Circle, features a company something like a combination of today's Facebook, Google and Apple. Workers are subject to constant surveillance that initially seems beneficial, but becomes increasingly powerful and overreaching as the story develops.

Is it a dystopian fantasy, predictions of the future or an utopian ideal?

In this article I'm going to break down some of the fact and fiction of workplace surveillance through wearables.

Workplace monitoring is nothing new. For centuries workplaces have monitored employees as a means to ensure maximum efficiency and effectiveness. My Grandmother worked in a steel wool factory as a young woman where toilet breaks were timed at three minutes per staff member. More recently, my mother worked in a law firm where work was timed and documented in 7 minute intervals to bill clients. Both these examples of workplace surveillance were achieved without the use of smartglasses, wristbands, watches or badges.

Most workplaces have some kind of monitoring from spreadsheets to punch cards and computer monitoring to CRM tools. The use of wearables for monitoring is also not new.

UK supermarket chain Tesco have been using wearables in their warehouses since 2004, with workers wearing armbands to track goods they're gathering, freeing up time they would otherwise spend marking clipboards. The band allocates tasks, predicts completion time, and quantifies precise movements among the facility's 9.6 miles of shelving and 111 loading bays. A 2.8-inch display provides analytical feedback, verifying the correct fulfilment of an order, or nudging a worker whose order is short. 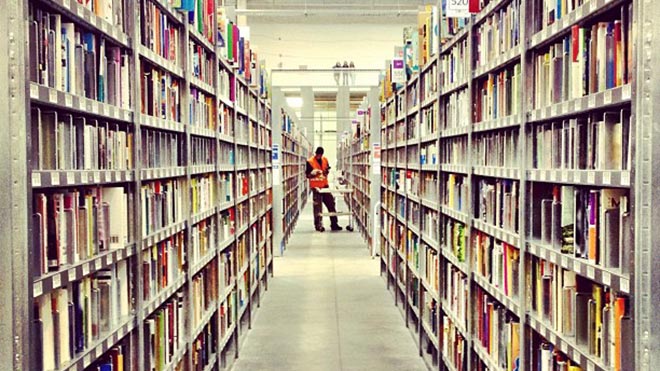 Amazon, no stranger to employee controversy utilizes trackers in their warehouses to similar effect.

The problem with wearables in the workplace is not that they exist to monitor performance, but they can set unrealistic targets and thus increase rather then reduce workplace stress. This is compounded by workplaces which favor casual, temporary or contract labour who are not represented by a workplace Union.

In response to complaints of excessive surveillance built into UPS trucks which resulted in drivers asked to justify bathroom breaks that could reduce their 'Stops Per On-Road Hour', the UPS workers Union Teamsters stuck an agreement that stipulated the company could not fire workers on information from GPS devices. This means that:

The Company must confirm by direct observation or other corroborating evidence any other violations warranting discharge.

Workplace wearables can glean information previously unavailable that can result in disciplinary action against employees. This is more likely to impact people not sitting in an office with less means to account for their time (like workers on the road). Anyone that sits in a open plan office which includes the senior management team, or works in a small team has been effectively under surveillance for years.

Workplace surveillance as a practice is not unlawful aside from in bathrooms and as such there is nothing stopping an employer watching what members of staff do. Many workplaces keep CCTV footage for a long time. Others can monitor staff internet and telephone content to determine how many hours are spent on real work rather than looking busy.

Workplaces are always looking for ways to save money, cut costs and get more out of their workers. Anyone who's been subject to a time and motion study or has had to write their own KPIs will attest to this, whatever the industry.

What is certain is that information gleaned through workplace surveillance and especially from wearables, needs to have clear guidelines on how it's interpreted, by whom, and the consequences. This is where workplace law and employee bodies will need to keep up with technology. Will they be able to do this? I'm not so sure.

What about Health Tracking?

Workplaces are already involved in health monitoring and health programs from compulsory health checks before employment, to the use of ergonomic chairs, to free flu shots. I learnt that in Finland, vouchers for free healthy lunches and fitness club classes are common place and spoke to a number of managers who saw the health and wellbeing of their staff as an important part of their company's role.

It's not uncommon for corporate firms to participate in 'fun runs' or Weight Watchers classes. Start ups pride themselves on providing fresh fruit and breakfast cereals to their staff. 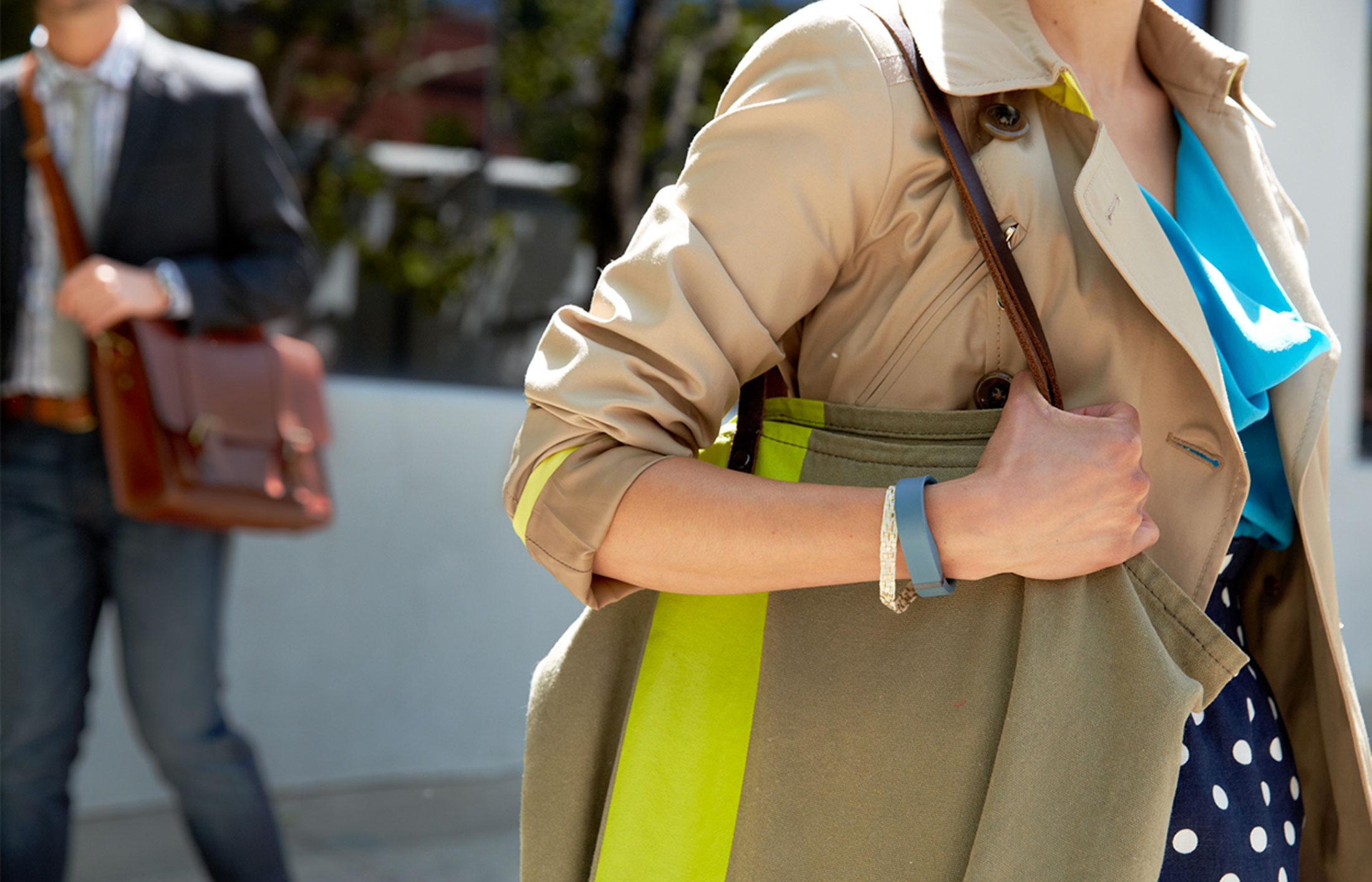 A lot of attention was paid to BP's distribution of Fitbit fitness trackers to employees and their spouses with activity points earning staff discounts on their health insurance premiums. It's predicted that by 2016, most large Western companies (more than 500 employees) will offer fitness trackers with their health programs. I would argue this is merely an extension of what has existed in workplaces for years.

What makes things more complex is not whether the use of health monitoring wearables is compulsory but if the data can result in negative outcomes. It's easy to envisage a scenario where an employee who chooses not to do their 10,000 steps will be shunned as those have in the past who do not participate in workplace social activities. Will you not be considered a team player if you don't wear your wearable? What if you have a invisible disability or just have other priorities? In many workplaces promotions are decided upon over regular Friday night drinks and gossip is shared only to those in the mid morning smokers circle. Explicit or implicit actions which seem to grind against workplace culture, and are thus frowned upon, are nothing new.

Not All Workplaces Are Equal

I have suffered from insomnia and sleep disturbances since childhood. If a workplace was to monitor my sleep, it would confirm this. As the most dangerous item I wield is a laptop, my insomnia places no one at risk besides myself and my grammatical ability. If I was a pilot, operating heavy machinery or performing microsurgery this would be a different story.

There is a plethora of examples of wearables utilized to make employees safer in industries such as heavy transport, mining, military combat and construction. It's in these industries that wearables stand to have the most impact and use. Just because you can surveil desk-based workers in an office doesn't mean you should or need to.

It's worth noting that even in workplaces where wearables are adopted with enthusiasm, there is an inability to analyze or draw useful conclusions from the data they generate. I've held a number of the latest wearables in my hands which can monitor my arousal levels but cannot determine whether these are caused by genuine enthusiasm, fear, stress or too much caffeine. Will a workplace ever buy a suffering insomniac a new bed or provide double glazing from the traffic outside the bedroom? Unfortunately, I think it's unlikely.

After writing this article I can't help but feel the world represented in the Circle is already here, or just around the corner. Am I being paranoid or reading too much between the lines? What do you think? (I wont tell your boss)