Woolworths in Australia unveiled a new logo and branding last year. The logo is a stylized W. It’s green and it has a little leaf coming out the top. And it looks a bit like a peeled apple. 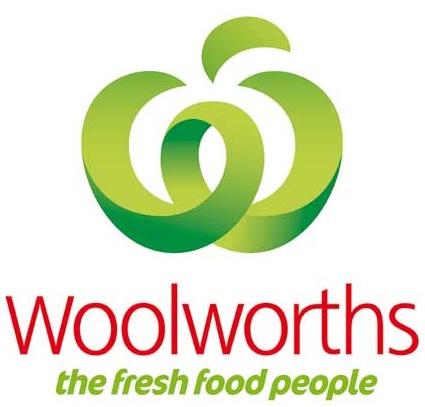 Woolworths applied to IP Australia last year to trademark the new logo as a blanket trademark. This means the logo could go on many different types of product and this is what’s upsetting Apple. If in the future, Woolworths decide to start selling computers, customers could be looking at two different computers with apple shaped logos on them. Apple will now have to convince IP Australia to reject Woolworths’s application to trademark the logo.

The logo was designed by Hulsbosch, one of Australia’s largest branding and design agencies. Mr. Hulsbosch, the designer, has said he believes Apple are taking trademark protection to the the extreme.

Based on this logic, they would have to take action against every fruit seller.

A similar situation occurred previously when Apple and New York City got into a ding dong over the GreeNYC logo.

It seems Apple filed their objection to Woolworths application in March of this year, but the news only came out in the past two weeks when Woolworths spoke to The Age.

While there are some similarities between them, I think it would take a severe blow to the head to get these two logos mixed up.

What do you think? Are Apple being bullies or just looking after the equity they’ve built up in their brand?