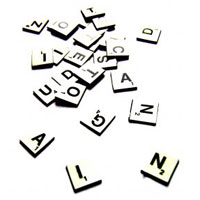 In one of my favorite television shows, “Futurama,” there is a running gag that in the future, the word “ask” has been replaced by the more colloquial “aks” (pronounced axe). It might be a long time before the accepted spellings and pronunciations of common words like “ask” change, but the joke highlights a very real aspect of language: it evolves. The English language has changed a lot over the past 150 years, for example, in both spelling, pronunciation, and addition and subtraction of words.

For logophiles — those who have a love of words — the following list of web sites presents a selection of places around the web where you can keep tabs on how the English language is evolving through the addition of new words and neologisms. Careful, though, these sites are very fascinating and can be addicting to browse through.

Addictionary is a community of neologists who submit new words and vote on the submissions of others. The site has a lot of fun, interactive features, such as the “Wordoff,” in which two new words are pitted against each other, and “There Oughta Be a Word,” where users suggest a definition and others come up with the new word.

Sample: friendvy, noun, Envy over how many friends someone has on Facebook.

Wordspy is a blog that tracks neologisms. They only post about new words that have been used in more than one credible source (such as newspapers, magazines, or popular blogs). That sets it apart from the other sites on this list. Words found at Wordspy might be closer to actually entering the English vernacular because they’re apparently in semi-common use at respected publications.

Sample: tweetup, noun, A real world meeting between two or more people who know each other through the online Twitter service.

The Unword Dictionary is another user generated site full of new and emerging English words. The site is well organized, and founder Steve Kiehl put a book out last year based on the site’s 1,000 best words.

Sample: gank, verb, To take for one’s self; to steal a part of a song from another song and pretend it’s one’s own.

Pseudodictionary.com is a large user generated new word site, but it’s honestly not as well organized or as well moderated as Addictionary or the Unword site. Still, it offers a very large collection of words to search through.

Urban Dictionary is a huge site documenting English slang. Online for 9 years, it’s amassed over 3.4 million definitions for words that don’t exist outside of casual speech. Be careful: this site has a much higher tendency than others to serve up NSFW content (being a slang dictionary, a lot of the entries deal with content of a sexual nature).

Sample: bleep, noun, A substitute for a profane word.

Over 5,500 words are collected at Rice’s actively maintained database, making it a great place to keep tabs on what’s new in the English language. Because it is a University-backed project, you can expect high quality and very complete definitions, including sourcing and etymology.

Sample: digerati, noun, Those people who are the literati of the tech world. The savvy and knowledgeable users of computers and the internet.

The International Dictionary of Neologisms

A well maintained list of neologisms that actually comes from the University of Minnesota. You’ll find some gems among the over 2,600 entries, but the definition quality varies widely on the site depending on the source of the word. Some entries in the database go back over 20 years.

There are people who love language, and then there is Grant Barrett. Barrett is a lexicographer who hosts a weekly radio show about words, and is the editor of The Official Dictionary of Unofficial English. His site, the Double-Tongued Dictionary, is a great compendium of “undocumented or underdocumented” words in the English language. Only well-sourced words make the cut.